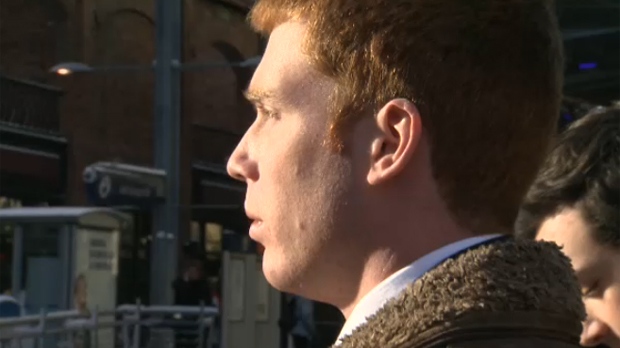 Ryan Gibson stands outside of the courthouse in January 2014

A young man who killed a 17-year-old in a December 2012 impaired driving crash says he takes full responsibility for the teenager’s death and will accept his punishment.

Gibson was convicted of killing Brandon Thomas in a drunk driving crash on Highway 22 near Cochrane.

The 23-year-old apologized to Thomas’ family in the courtroom, saying he wished he could trade places with the deceased.

Brandon Thomas's mother spoke to the media following Gibson’s apology and said there is nothing Gibson could do or say to right his wrong.

"He may be sorry but it's not a mistake you can right,” said Kim Thomas. “Brandon is never coming home. He's (Gibson’s) going to get go home. He's going to be able to have kids and hug his mom.”

Fourteen victim impact statements were read as part of the sentencing hearing. The judge is expected to reach a decision on May 12.

The Thomas family was joined in the courtroom by supporters who have lost loved ones to drunk driving.