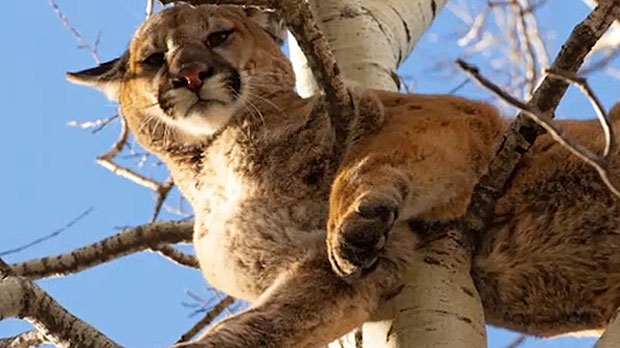 File photo of a cougar. A warning and closure is in place near the Mount Kidd RV park in Kananaskis Country after a cougar, similar to the one seen here, attacked a dog. (File photo)

CALGARY -- A dog walker chased a cougar off after the animal attacked their pet near the Mount Kidd RV Park on Sunday, prompting a warning from Alberta Parks and the closure of a section of the Bill Milne Trail in Kananaskis Country.

Officials said the cougar jumped out of some bushes and pounced on the dog, believing it was prey.

"The owner ran toward the cougar yelling and screaming," read a statement from Alberta Parks.

"The cougar released the dog and retreated. The dog was injured, but it survived the attack. The owner of the dog was physically unharmed, but understandably shaken by the incident."

The province lists several tips for staying safe in cougar country, including: