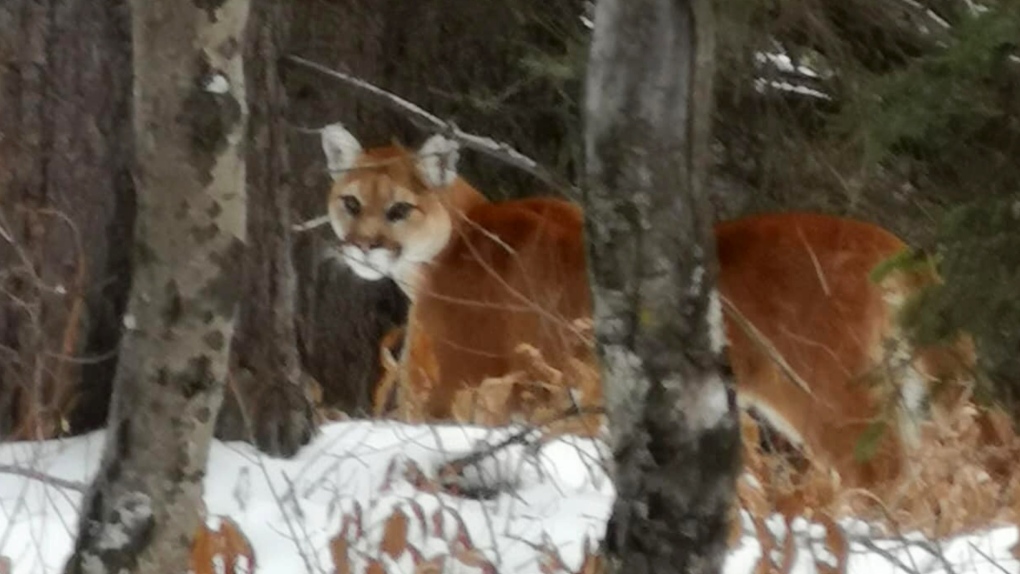 CALGARY -- Outdoor enthusiasts are being reminded to be wary of animals after a mountain biker had a close encounter with a cougar at Canmore Nordic Centre Provincial Park.

The visitor was mountain biking on a popular trail called FYI when they spotted the big cat, and even managed to snap a photo.

"This is a good reminder to keep carrying bear spray year-round while recreating and training at the Canmore Nordic Centre," read a post to social media.

"Avoid riding or skiing solo and always make noise when out on trails."

The province offers a number of tips online to staying safe while in cougar territory, including:

When children are outdoors, they should:

When walking (or skiing) in or near wooded areas:

"Dogs and cats are easy prey for many predators. Free-roaming pets may attract and be attacked by cougars," it reads.

"Never let your pet roam freely. Walk your pet during the day, avoiding identified wildlife corridors such as along waterways and wooded areas. Bring your pet in at night. Do not leave attractants like pet food and garbage outside — always use wildlife-proof garbage bins. Avoid areas where carcasses have been left.

"Be aware that cougars often cover their kill with forest debris. Your nose may detect what your eyes cannot."

Anyone who sees a bear or cougar in the mountains west of Calgary should report it to Kananaskis Emergency Services at 403-591-7755.

A visitor had a Cougar encounter while fat biking at the CNCPP this morning. The photo was taken on FYI. This is a...