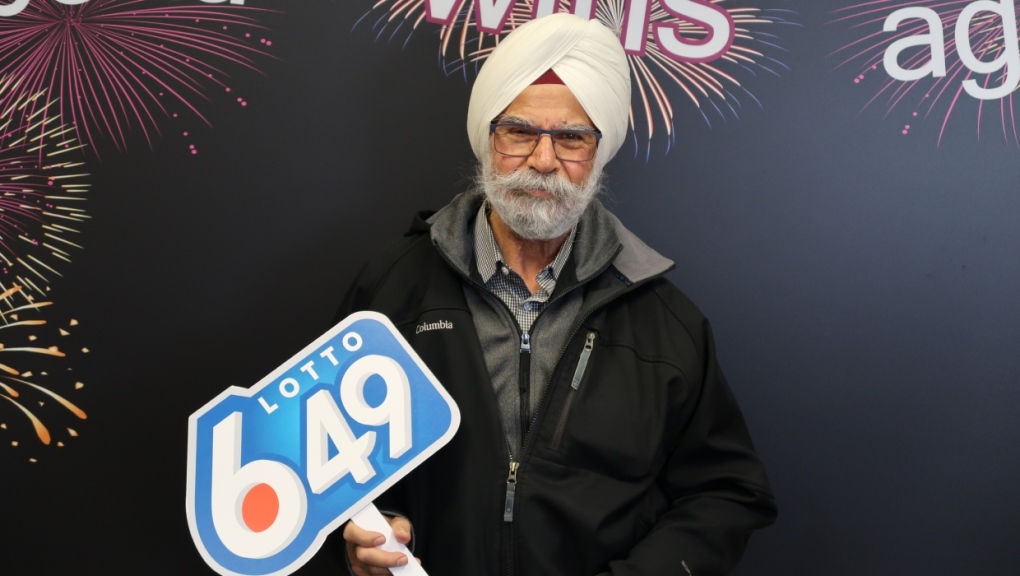 Three family members from Calgary are the winners of a $1-million lottery prize.

Together, Jasbir Sangha, Sukhmander Sangha and Jagmohan Sangha matched all the winning numbers on the Oct. 22 Lotto 6-49 draw.

The Sanghas, who have been buying lottery tickets together for decades, purchased this one Oct. 7 at the Calgary Co-op on Hamptons Drive N.W.

Days later, Jasbir discovered the trio had won when he checked their ticket using a self-checker at a nearby store.

"I couldn’t believe it," he said in a news release. "I told my wife and kids first."

The Sanghas each have their own plans for their windfall.

The Sanghas are the first Alberta winners to take home a million-dollar prize since LOTTO 6-49 debuted a new format in September that saw the guaranteed prize replaced with an elimination-style Gold Ball Jackpot draw.

“We are going on a trip soon, so we can use the money to upgrade it," Jasbir said.

Sukhmander, meanwhile, says he plans to use his cut to pay off bills, while Jagmohan is considering an early retirement.