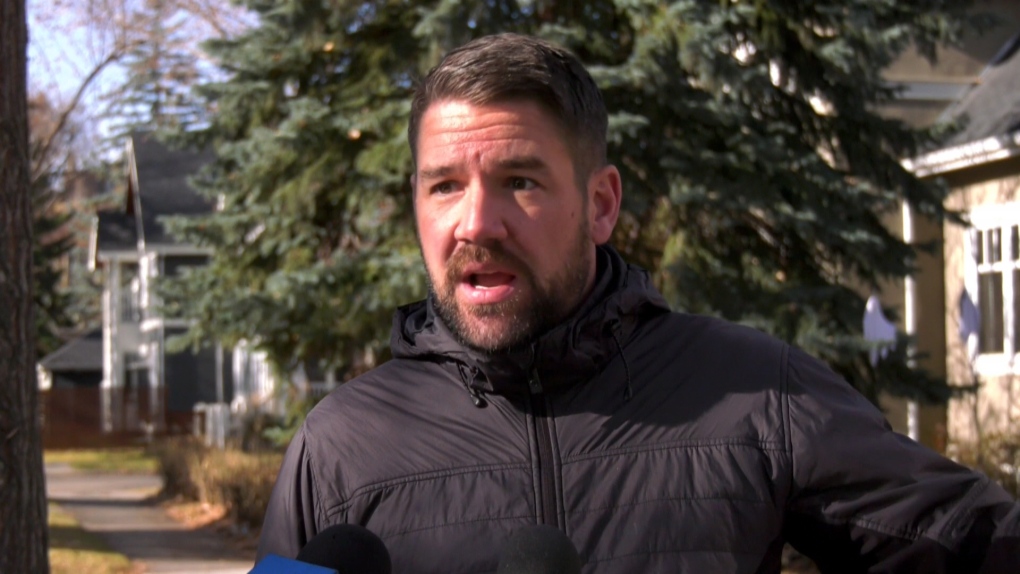 Coun, Evan Woolley called Coun. Sean Chu, "one of the most ignorant morons on council" in a tweet early Thursday.

CALGARY -- A Calgary city councillor is doubling down on an insult directed at a colleague through social media early Thursday.

In a thread posted to Twitter on Thursday afternoon, Coun. Evan Woolley says he won't apologize for calling Coun. Sean Chu "one of the most ignorant morons on council" and saying "every developer that donates to him is a target I will push."

Woolley made the insult in a tweet posted early Thursday morning.

On Thursday afternoon, he posted a thread explaining his actions.

"I have been a City Councillor for 2 terms and I am angry about some of the behaviour I've witnessed over that time. I think it is time to call it out," wrote Woolley.

Woolley gave examples of what he called insulting behaviour by Chu.

"During a discussion about supervised consumption sites in Calgary, Councillor Chu said that addiction is a "choice". This is deeply insulting to the thousands of Calgarians who have lost a loved one during the opioid crisis," he wrote.

Woolley added his own brother died of an accidental overdose "and I wish I had called the Councillor more forcefully at the time."

Woolley then said Chu called Ireland's decision to allow same-sex marriage "a social revolution and compared it to cycle tracks."

"I grew up with 2 moms and I wish I had called the Councillor out more forcefully at the time," wrote Woolley.

1/ Last night I called out one of my #yyccc colleagues on Twitter. I have been a City Councillor for 2 terms and I am angry about some of the behaviour I've witnessed over that time.

I think it is time to call it out.

Climate change is another issue Woolley said he and Chu have been on opposing sides of.

The original tweet was sparked by council's support of a motion by Woolley to consider reducing the Calgary police budget by $20 million, which members voted 9-5 in favour of on Wednesday.

Woolley put forward the motion that calls for five per cent of the Calgary Police Service (CPS) budget to be moved over two years. It would amount to $10 million dollars in both 2021 and 2022.The city’s current policing budget is more than $400 million.

A user tweeted they were not surprised Chu, who served for more than 20 years as a Calgary police officer, voted against the motion, and the original poster replied that Chu has "said unbelievably offensive things in council about people who use substances and struggle with addiction."

Woolley's remark was in response to that statement.

Reached Thursday morning, Chu said he would not comment on Woolley's remarks.

“I’m not going to reply. I don’t want to get down to that level," he said.

Chu later issued a statement, saying he would be referring the matter to the city's integrity commissioner as "this is against the Respectful Workplace policy that governs all councillors and their staff."

"If Cllr Woolley has an issue with my stance on the question of defunding the police then he could have reached out to me to have a discussion," read the statement.

"We can disagree on an issue but mean spirited comments do nothing to build bridges or increase the level of discourse needed in such emotionally charged debates. I believe Calgarians deserve better from their elected officials.

"I consider this matter dealt with and will await the ethics commissioner's response, and given the important council issues at hand, I will focus my energy on those.

"As well, if Cllr. Woolley chooses to apologize I will also consider this matter closed."

The next civic election in Calgary is set for October 2021.

Chu's letter can be read below:

Chu is one of the most ignorant morons on council. Every developer that donates to him is a target that I will push.