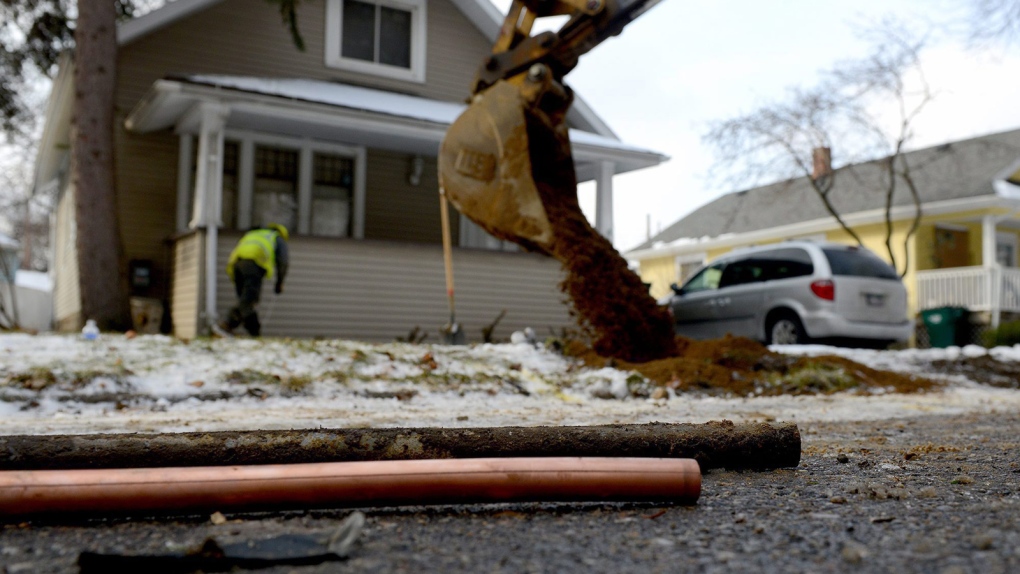 Calgary councillors are calling for the removal of lead water pipe. In this file photo, a piece of an old lead water pipe sits next to a new copper pipe at a home in Michigan. (Dave Wasinger/Lansing State Journal via AP)

CALGARY -- A pair of councillors say the city should take steps to remove lead water pipes from Calgary properties.

Councillors Druh Farrell and Jeromy Farkas will put forth a notice of motion to have administration assemble a report to determine the cost and timelines for "accelerated removal of lead water pipes."

The notice of motion says there are about 550 properties that have lead water pipes in the city, though that number could be higher because records may be incomplete. Replacing those pipes would cost an estimated $11 million.

Calgary has taken steps to test water in the city for lead contamination.

"While it is rare to find lead in Calgary water, the recent report indicated that up to 40 per cent of tested properties breached federal guidelines for lead exposure in 2019," said the councillors' notice of motion.

If the motion is passed by council, administration will have until early 2020 to look into costs and come up with ways to pay for the removal of the lead pipes.