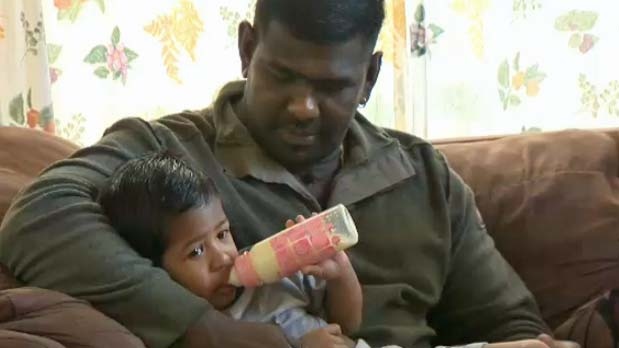 Little Linguesh was born here and has an Alberta birth certificate, health care number and SIN.

A Calgary family is fighting for their son's right to health care after his health care number was suddenly deemed invalid.

Linguesh Submaraniam is two and a half and was born in Calgary at the Peter Lougheed Centre.

Linguesh’s parents say they took him to the clinic six months ago and were told that his Alberta health care number was invalid.

His parents both came to Canada more than five years ago.

They worried that their failed refugee status might have lead to the lapse in coverage but their lawyer says that should not matter.

“According to the law the child is eligible to receive coverage under the Alberta Health Act,” said Immigration Lawyer, Raj Sharma. “So what the parent’s status is in Canada is irrelevant to that determination.”

Sharma says he has asked Alberta Health for a written statemente on the decision and given them a ten day deadline.

If he doesn't hear from the Alberta Health within that time frame, he says he will file a court action to have the child's health coverage reinstated.

Alberta Health officials say they are looking into the issue.