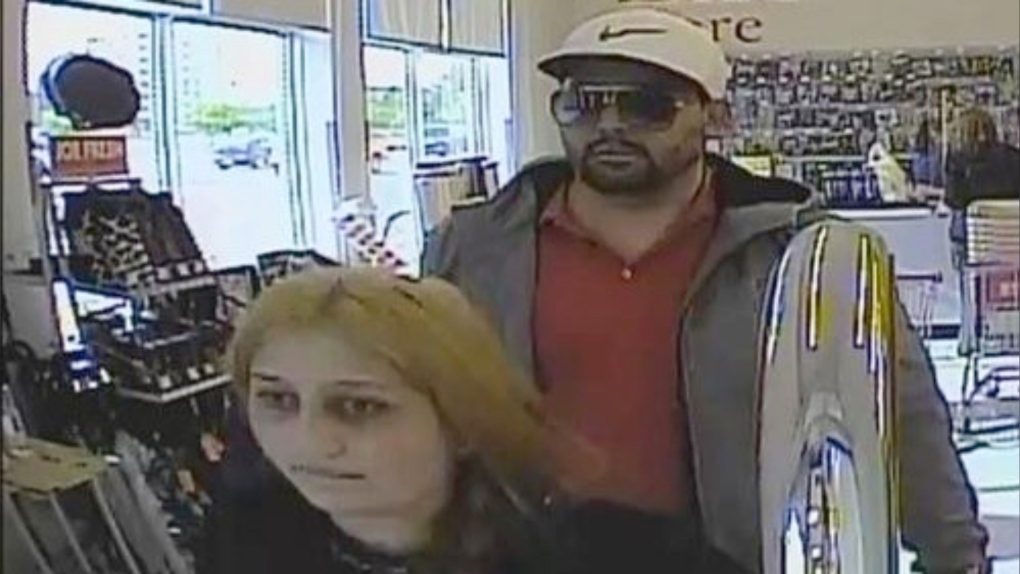 Police are asking for help to identify this man and woman, suspected in the theft of perfume from Shoppers Drug Mart stores. (Lethbridge police)

CALGARY -- Lethbridge Police are looking to identify a man and a woman suspected of stealing $13,000 worth of high-end perfume from several stores in the southern Alberta city.

Between 4:30 and 7:40 p.m. on Tuesday, the pair visited four Shoppers Drug Marts – one at Park Place Mall, one on Columbia Blvd., another on Mayor Magrath Drive and one on 26th Avenue N.

"The couple would then transfer the bottles to the female’s bag and leave the store."

Police believe the woman had a demagnetizing device in her bag to thwart security sensors and that similar incidents have taken place in other Shoppers Drug Mart stores across the province.