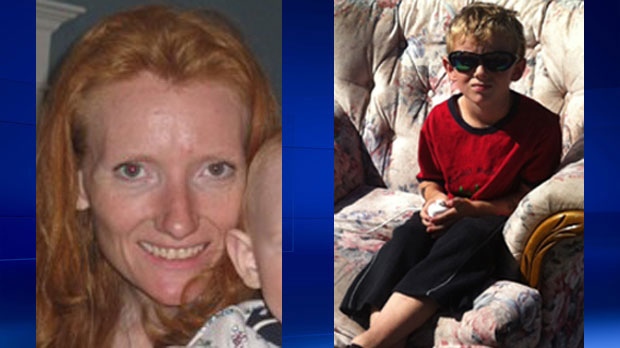 A Calgary woman charged with negligence and failing to provide the necessaries of life to her seven-year-old son who died three years ago was back in court of Friday.

Tamara Lovett, 47, was charged after her son Ryan died in hospital in March 2013 from sepsis caused by group A streptococcus and parainfluenza virus infections.

The little boy was treated with homeopathic remedies and doctors testifying in the trial told the court that he suffered multiple organ failure and that his immune system was exhausted from fighting the infections.

On Friday, an interview between police and Lovett was heard in court and in it; Lovett said she realized she would probably have to take Ryan to a medical doctor when his eyes became jaundiced.

"When he presented with the jaundiced eyes, that was like, if this starts to escalate then, yeah, we gotta think about getting him to the hospital," she said. "That was the first time when it entered into my mind ... You may just have to take him to the hospital and deal with this."

She also said that she had taken the little boy to a holistic clinic a number of times in the past.

"Yeah, I took him there just for checkups and making sure he had all 10 fingers and all 10 toes," she said.

Lovett said Ryan complained of stomach pains on March 2 and that she helped him into the bathroom where he collapsed and began to convulse and that’s when she dialled 911.

She sobbed during the interview and said she had lost her whole family in an instant.

A forensic investigation was ordered on Lovett’s computer and cellphone after Ryan’s death.

Novokowsky said that he found a search about children's nosebleeds in January and a link to a newspaper article warning that Canadians are "blind to the dangers of prescription drugs."

He said a number of searches that started in February included "children, swollen groin, lymph nodes", followed by searches for "oil of wild oregano testimonials" and information for earaches, ear infections, norovirus and even "radiation sickness."

The Crown has now wrapped up its case and Lovett's lawyer will present her defence starting on Monday.