Since COVID-19 vaccines were approved by Health Canada for use in those age five to 11 years old, 16.1 per cent of that population in Alberta have received their first jab.

As of Monday afternoon, 63,057 children have rolled up their sleeves for a first dose, a jump of 4.2 per cent since Friday. .

Health Minister Jason Copping says the province is looking at ways to specifically target that age group and get them vaccinated.

“We’ll be making an announcement in the near future about leveraging those types of tactics to continue to increase vaccination generally,” said Copping.

There are 391,430 Albertans in the five to 11-year-old age category, according to the province.

Recent national survey results have indicated that half of Canadian parents with children in that age group would be comfortable or willing to get their child vaccinated.

“Fifty per cent of parents indicated their interest in getting kids (aged) five to 11 vaccinated, so over the first two weeks, in terms of registration and bookings we’re getting in around the 20 per cent mark and it's likely higher at this point in time,” he said.

Calgary father Michael Quinlan says his five-year-old son Owen, rolled up his sleeve on Sunday to receive his first dose.

Quinlan encourages others to do the same.

“He was a little worried about it, but the nurses were great,” he said. 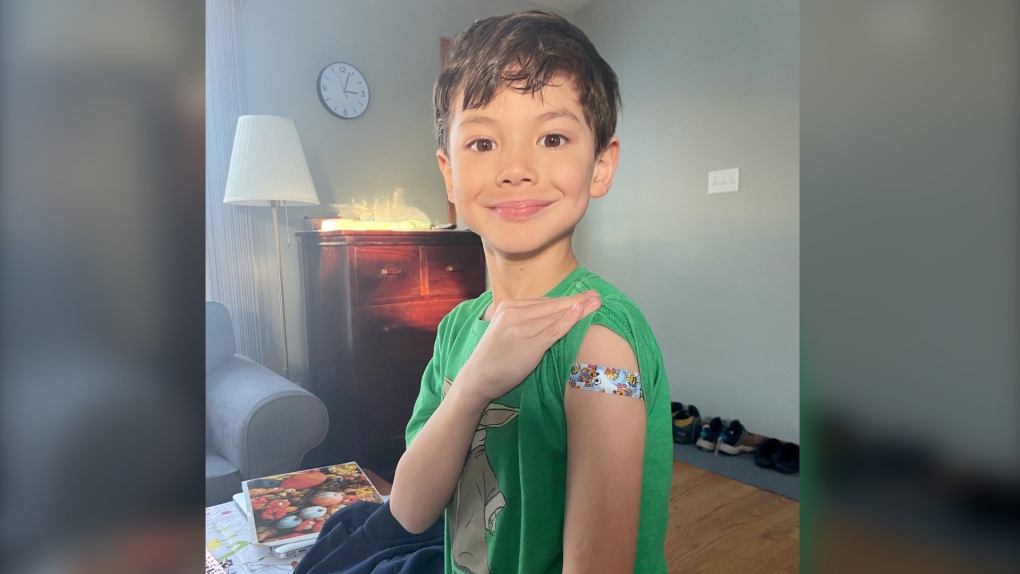 Infectious Disease researcher at the University of Calgary, Dr. Craig Jenne believes the low uptake is due to accessibility concerns.

“We have to keep in mind that these kids are in school during the day, parents work and its a little more complicated than an adult taking a half hour off a day at work to run into a clinic and get a shot and go back to the office,” he said.

Jenne suggests the province look at targeted measures such as evening clinics, or possibly clinics at school to get kids vaccinated.

He adds it may be difficult to book time slots over the holiday season as the province is vaccinating other age groups with booster shots.

Jenne feels pharmacies and private clinics need to have access to the child vaccine, so they can administer more shots in arms.