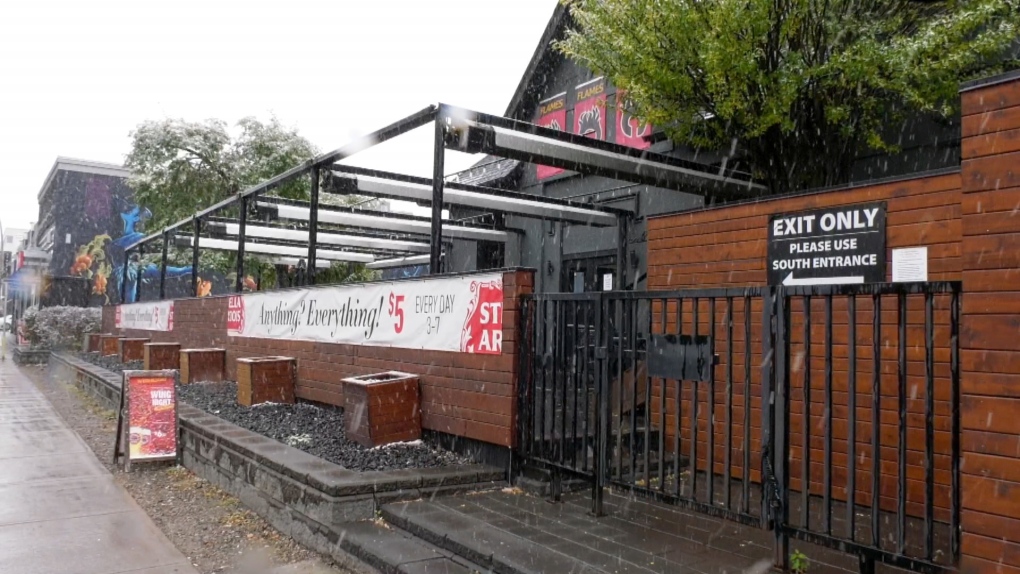 A COVID-19 outbreak has been declared at the Rose and Crown Pub in southwest Calgary.

CALGARY -- COVID outbreaks have been declared at a southwest pub along with a private party that drew "a large number of Calgarians," health officials said Friday.

A total of seven cases were reported at the Rose and Crown Pub on Fourth Street S.W., with six of those active and one considered recovered.

Alberta Health says contact tracing is ongoing and Alberta Health Services (AHS) is working with the owners on cleaning and testing protocols.

In a post on social media, Rose and Crown said it is voluntarily closing to do a deep clean and plans to reopen Oct. 19.

An outbreak was also declared connected to a private gathering

“The private gathering was an informal social event featuring a large number of Calgarians,” read a statement from Alberta Health.

“There are currently 42 cases linked to this outbreak, all of which are active. Aggressive contact tracing is underway to identify anyone who may have been exposed and ensure they are isolating and tested. AHS is working closely with the organizers and those who have contracted the virus. Anyone at risk is being contacted directly by AHS.”

No other information on the gathering was released.

The City of Calgary was also added to the COVID-19 watch list on Friday as Alberta reported 332 new cases of COVID-19 and no new deaths.

There are now 2,836 confirmed cases of the coronavirus in the province, with 1,268 in the city of Edmonton and 686 in Calgary.