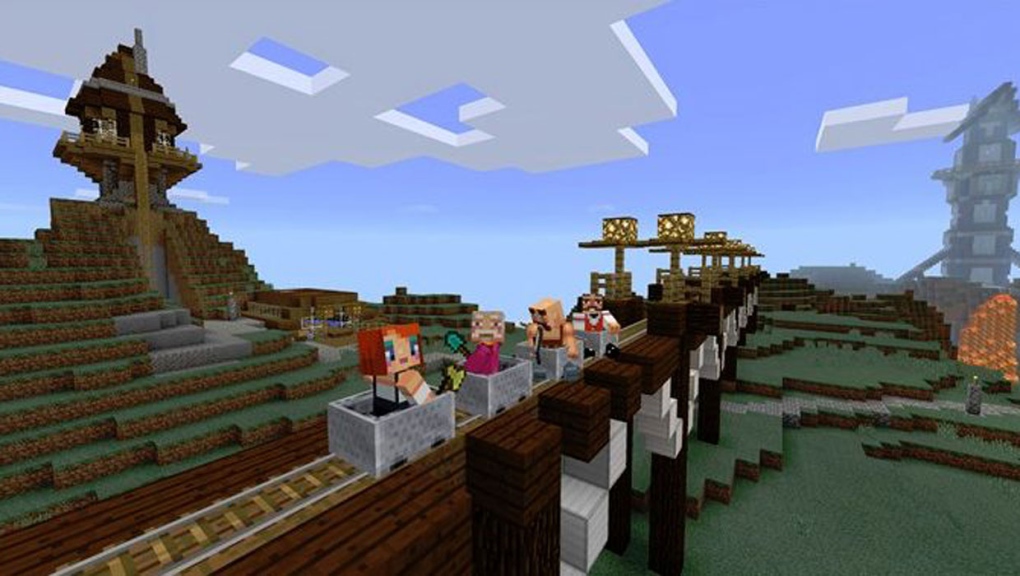 While it doesn't have a lot of the features the regular game of Minecraft possesses, a Calgary teacher says local students will learn a lot in the city's program. (File/Mojang/Microsoft)
CALGARY -

A new partnership has Calgary students logging into a massively popular video game to envision how they would see the downtown core in the future.

The City of Calgary's Downtown Strategy Team, along with the Calgary Public Library and Microsoft Canada, have launched Level Up, Calgary!, an event that gives Calgary Board of Education (CBE) students an opportunity to put their building skills, honed in Minecraft, to the test.

"(The event) is the first Minecraft: Education Edition challenge of its kind in Canada," officials said in a release.

Players in this version of the game don’t need to worry about zombies, Endermen or even dreaded Creepers.

Instead, users can explore the Central Library and Olympic Plaza and interact with characters from the Indigenous community and city experts to answer how public spaces can be reimagined to improve the lives of Calgarians.

Steve Martin, a Grade 7 teacher at Twelve Mile Coulee School, is one of the CBE committee members who is using the virtual world with his students.

"This is creativity with purpose – we're actually going to develop something that could help to solve real world issues in our downtown," said Martin in a statement. "It's great that students can take skills that they've built without even knowing and apply them towards creating something that could be realized in our city."

Mayor Naheed Nenshi, who appears in the game to teach students about the city's downtown, says the challenge helps them understand what the future holds.

"Level Up, Calgary! gives students the opportunity to take ownership of the future of downtown and design public spaces that could make downtown a better place," he said.

Officials say it also plays a role in starting conversations with young Calgarians to tackle some of the issues identified in the City's Downtown Strategy.

Once the challenge is over, officials will explore ways to recreate some of the students' designs in different downtown areas.

Even if their designs meet the real world or not, Martin says the program is an excellent learning experience for students.

"I'm really looking for them to understand that government is something that works for them and when we participate we get a say," he said.

More information on the program can be found online.