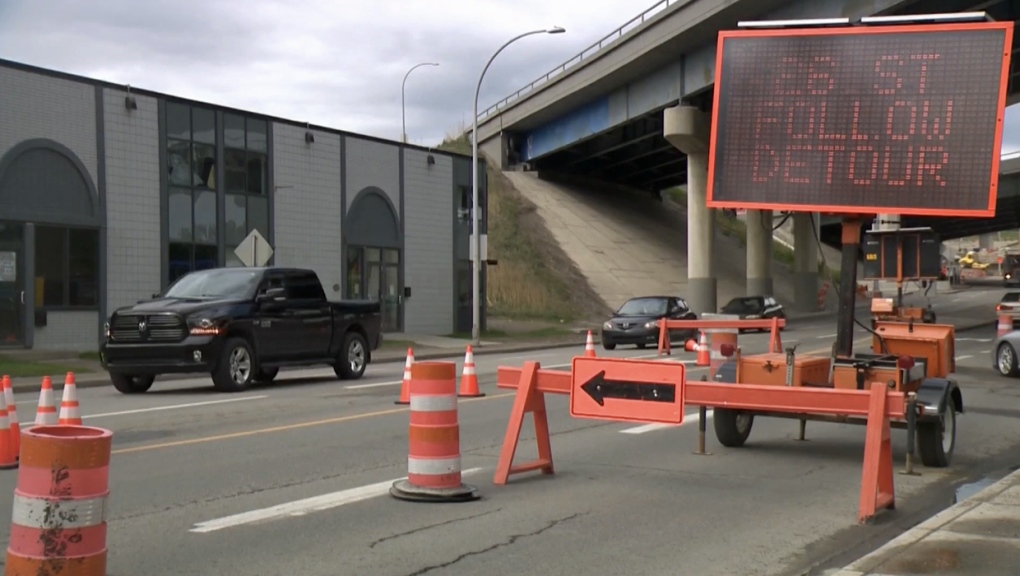 The westbound 10th Avenue Southwest ramp onto Crowchild Trail has been shut down for construction and will remain so for the next two weeks, causing massive backups for drivers.

This phase is part of the $8.7 million Crowchild Trail upgrade project that will eventually see traffic from 10th Avenue connect with northbound Crowchild on the easternmost lane.

Mike Wenkoff uses Crowchild Trail often and says traffic will be a mess. “Well, it sucks. I mean we want to go that way and to close down ramps just makes it really inconvenient.”

Many drivers are going to feel the impact of the ramp closure because the city says about 7,000 cars pass through there every day, which is about 700 cars every hour during peak times.

Jeff Baird, a City of Calgary Senior Transportation Engineer, understands the frustrations of drivers but says this upgrade is needed.

“These improvements will be easily realized by anybody that does travel through there on a regular basis," said Baird. "Something needed to be done and so now we’re finally doing it and we are approaching the end of it all.”

Baird adds the work to upgrade the ramps is difficult because crews are working with many unknowns.

“When we’re doing bridge rehabilitations of this scale, dealing with bridges that were built in the mid- 1960s , there’s all kinds of repairs that need to be done. Different things that we wouldn’t see here today."

There are signs at the closure to redirect drivers to an alternate route but those avenues will also be congested.

The city expects the ramp will re-open again on Friday, June 28th at 5 a.m.