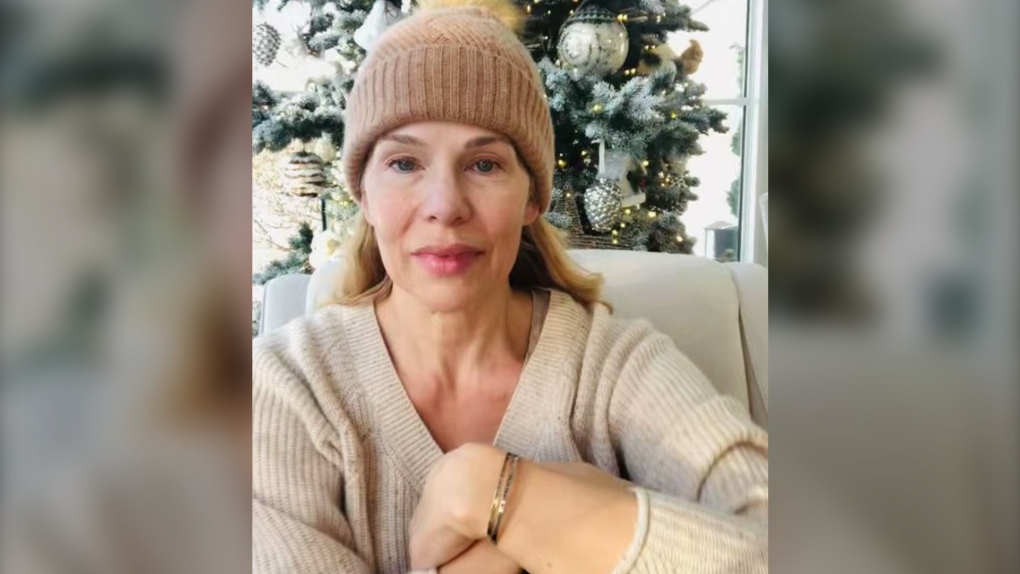 CTV News anchor Jocelyn Laidlaw says being proactive and getting an early cancer diagnosis is crucial to bettering one’s odds.

The recent death of actress Kirstie Alley has CTV News anchor Jocelyn Laidlaw contemplating her own situation, and the message she can offer to others.

Alley died Dec. 5 at age 71, after a short battle with colon cancer.

“I, too, have colorectal cancer and mine was discovered fairly late as well,” she said in a video posted to Twitter.

“They call it the silent killer, and for good reason.

“As Kirstie found out, it can grow inside you with you not even knowing ... for many patients, that's exactly what happens.”

Laidlaw says the decision of Alley’s family to share the kind of cancer the actress had led her to think she should do the same.

“You might not notice the symptoms, or you might and you might put it off as something else – just getting older or changes in your body functions,” she said.

“But the reality is if something changes, it might mean something and you should take it seriously.

“I wish I’d acted sooner on some of the signs and symptoms that I now see were happening quite some time ago.”

It started for Laidlaw with a lymph node that “didn’t feel right.”

She says she had multiple tests and was told multiple times that everything was OK.

But she just wanted the mass gone, and she had it surgically removed.

And then, four days after the procedure, the phone rang.

“They called me to tell me it was full of cancer that was coming from someplace else,” Laidlaw said.

“That's how I discovered that I have metastatic colorectal cancer.”

Laidlaw is currently in her second week of a radiation-only stretch in her treatment.

She says chemotherapy starts up again in a few weeks.

The fight goes on, she says, but she reiterated her belief that being proactive is crucial to bettering one’s odds.

“All too many of us ignore what our bodies are trying to tell us,” she said.

“If your doctor says everything's OK, if you feel deep down inside that something isn't right, you have to act on it.”

Or get a different doctor.

Or ask for more tests.

Or get a second opinion.

Or talk to your friends, even if it’s hard.

“I know we don't like to talk about these things, but it can literally save your life,” Laidlaw said.

How Kirstie Alley's tragic death inspired me to share more about my cancer diagnosis.#colorectalcancer#cancerjourney#imnotaquitter pic.twitter.com/LOTC1G911U

Hockey Hall of Famer Bobby Hull has died at the age of 84.

COVID-19 global emergency isn't over: 5 things to know about the WHO decision

The World Health Organization decided Monday not to declare an end to the COVID-19 global public health emergency.

Boris Johnson says Putin said he could hit him with missile

Former U.K. prime minister Boris Johnson said that President Vladimir Putin didn't seem serious about avoiding war in the days before Russia invaded Ukraine, and at one point told the British leader it would be easy to kill him with a missile.

The federal government failed to spend tens of billions of dollars in the last fiscal year on promised programs and services, including new military equipment, affordable housing and support for veterans.