Current enforcement measures not good enough for some experts

CALGARY -- The province is facing the wrath of Albertans angry and upset at what is perceived to be a lack of enforcement when it comes to pandemic-related public health measures.

Thousands gathered over the weekend near Bowden, Alta., to participate in a ‘no more lockdown rodeo rally’ where all public health measures were dismissed.

On Saturday, two RCMP officers spoke with organizers at the event, before leaving.

A Calgary criminologist said the premier has fumbled his words throughout the pandemic, by not setting a clear and concise message when it comes to health measures his government brings forward.

“Alberta is an utter embarrassment," added Sundberg, "and it’s time for our province to stop offsetting the enforcement responsibilities onto private businesses and companies that are already struggling.” 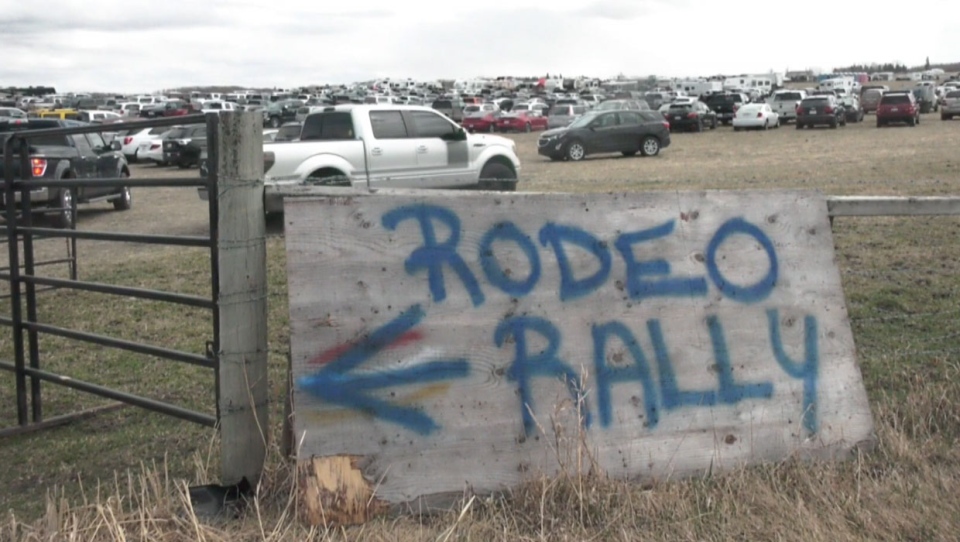 Alberta’s NDP said the province needs to hand out bigger fines to those violating the rules.

A $1,200 ticket should be increased three times to $3,600, according to opposition leader Rachel Notley.

One infectious disease specialist at the University of Alberta said she would like to see more enforcement to those breaking the rules, to help possibly relieve pressure on the province's health care system.

“If you have a family member who has fallen down a misinformation well, you can’t tackle the entire province but you can try and have an open conversation and share some information with them,” said Dr. Lynora Saxinger.

Calgary Mayor Naheed Nenshi is blaming the court system in the province for failing everyday Albertans who are following the rules.

“I mean look this is maddening,” he told reporters. 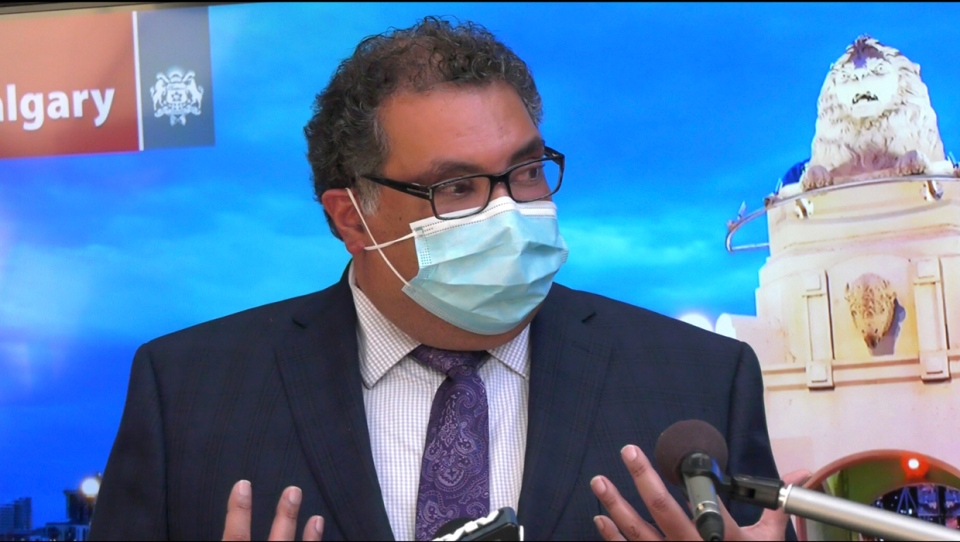 “It’s incredibly frustrating. I’m really calling upon the court system and the Crown to take this seriously. They’re throwing out far too many tickets and they shouldn’t be doing that, because they are flagrant violations of the public health orders.”

Nenshi said he has spoken with Calgary police about enforcement in his city and that the police chief promised him officers have stepped up enforcement.

“You can imagine that if you are an officer and you know this ticket is going to get thrown out, then you certainly do not have much of an incentive to issue it," Nenshi said.

Alberta RCMP tell CTV News the rodeo that defied health restrictions is under review by AHS.

Police say that defying public health orders is not a criminal offence and that they are limited in what officers can do during enforcement.

RCMP say that AHS review will look at additional evidence and possibly work with a special prosecutor before the file is handed over to RCMP.

In a statement released to CTV, the RCMP said no fines or tickets were issued at the Bowden event.

CTV News reached out to the office of the MLA for the riding where the rodeo took place, agricultural minister Devin Dreeshen, for comment.

"Like so many Albertans, I was angered by the rodeo held this weekend near Bowden, in violation of the public health restrictions in place," Shandro said. "Since day one, we have worked with the CPRA (Canadian Professional Rodeo Association) and many other partners to implement protocols and help safely resume the sport, when and where possible.

"We are proud to work with them, local MLAs and all other stakeholders who work diligently to find ways to protect the health of everyone involved and stop the spread of COVID-19," he added.

Emails to the Minister of Justice and Solicitor General’s office have gone unanswered.

"It is extremely disappointing that people would knowingly put their fellow Albertans at risk by ignoring the current rules, particularly with increasing cases and the growing pressure on our healthcare system."

"AHS Environmental Public Health continues to enforce the restrictions, in partnership with municipalities, police, and RCMP."

"AHS does not issue tickets or fines," it continued. "Tickets, fines and criminal charges are under the jurisdiction of local law enforcement."

"AHS does not grant or revoke businesses licenses – this is under the jurisdiction of municipalities."

"AHS can, however, issue closure orders for continued or serious breaches of the public health restrictions. We have done this on several occasions during the pandemic and these can be found on our website." 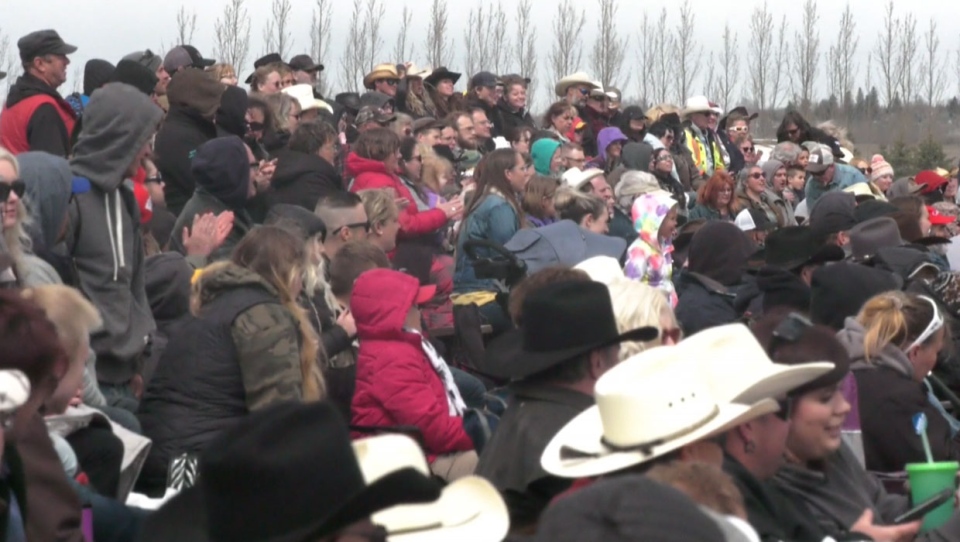 "With regards to the weekend’s rodeo, AHS inspectors spoke with - and provided written information to - the organizers of the event before it began, notifying them that proceeding with their plans would be in breach of the public health orders."

"In addition, AHS sent a letter to the organizers indicating that the event would be illegal if it were to proceed."

"It is disappointing that the organizers ignored this information and went ahead with their event. AHS is considering our legal options." 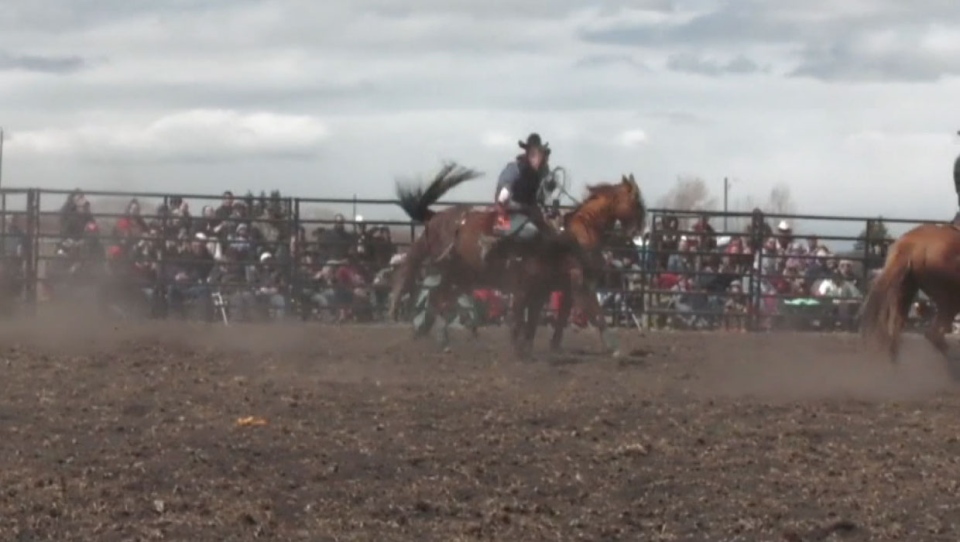 "Enforcing compliance is only one factor in our fight against COVID-19. Every Albertan has a responsibility to take action and do what we can to protect the health of our communities and loved ones."