Dayhome operator accused of murder out on bail 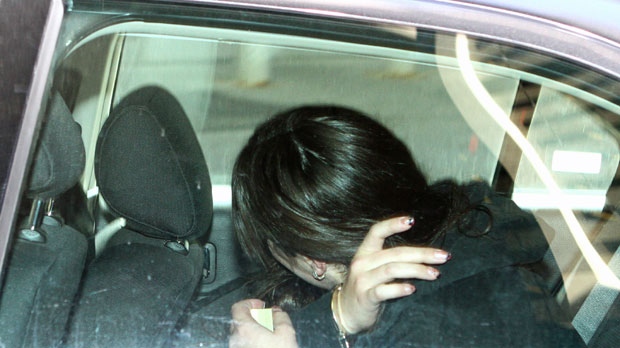 A woman is brought into custody in connection with the death of Mackenzy Jane Woolfsmith in May 2012. The woman was arrested July 16, 2013 with murder charges pending. ( Jim Wells/Calgary Sun/QMI Agency)

A Calgary woman charged with the second-degree murder of a child in her care has been granted bail.

MacKenzy died in May of 2012 while at a private day home in McKenzie Towne that was operated by Jarosz.

Jarosz initially told police that Mackenzy fell down the stairs at the home in the 0-100 block of Elgin Heath S.E.

The Medical Examiner’s Office determined that the cause of death was multiple blunt-force trauma and her death was deemed suspicious by police.

Jarosz was arrested and charged on July 16 and was released on bail on Wednesday with conditions.