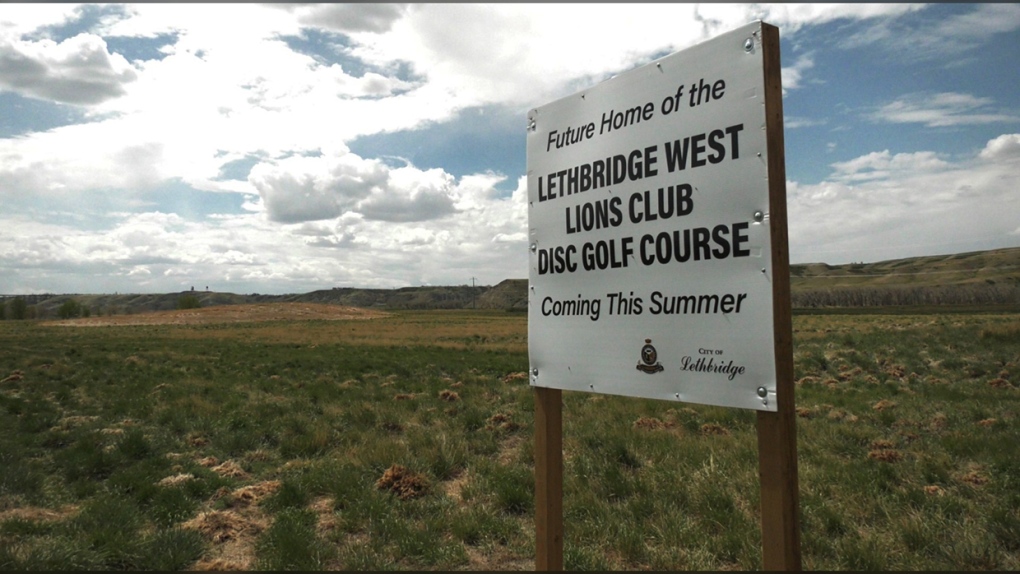 A sign was posted at the site, just south of the dog park, on Monday naming it as the 'Future home of the Lethbridge West Lions Club Disk Golf Course'.

LETHBRIDGE, ALTA. -- Visitors and users of the Peenaquim dog park haven't been too happy following the announcement of a new disc golf opening later this summer.

A sign was posted at the site, just south of the dog park, on Monday naming it as the 'Future home of the Lethbridge West Lions Club Disk Golf Course'.

The location was decided on by the City of Lethbridge and the Bridge City Gunners Disc Golf Club according to the city's parks manager, David Ellis.

"We landed on the site in Peenaquim Park, which is a different style," Ellis said.

"It's a river valley, dry land park, but it's not a surface sport and they're happy with that location and so we're working towards that."

The money that will be used to build this park was either fundraised by the Bridge City Gunners, donated by the Lethbridge West Lions Club or part of a city grant. 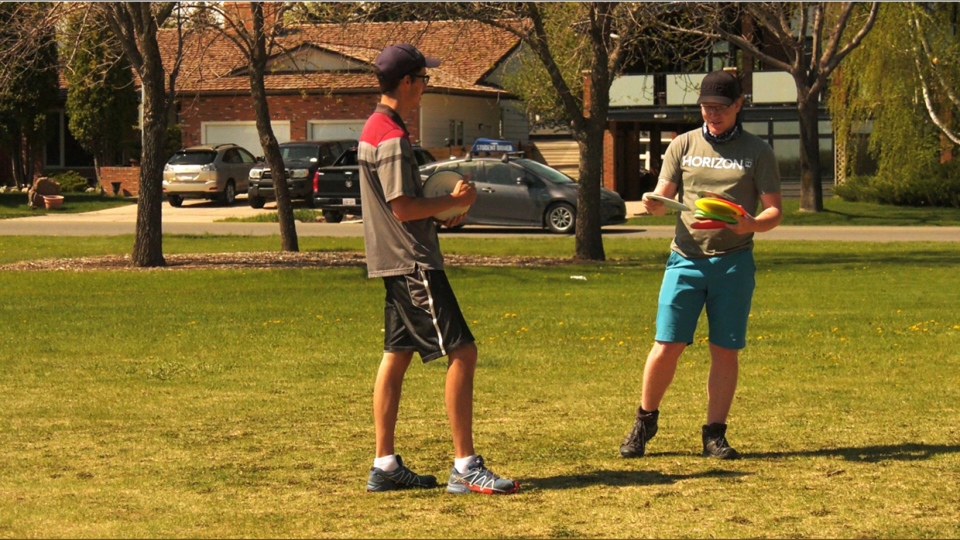 Some of the concern surrounding the course is about the already limited parking situation, but the Bridge City Gunners say that won't be an issue.

"We are building a parking lot," said Liam Hernberg, a member of the Board for the Bridge City Gunners.

"It's going right across from the entryway into the gun range is and so there will be another parking lot down there," he added. "We're not crowding and already crowded parking lot."

Park goers have also expressed their worries when it comes to their dogs running off to chase the tempting flying discs that they love so much.

However, Hernberg said they have an answer to that as well.

"We're trying to work to get a fence around the disc golf course to limit interactions between dog owners and disc golfers because that can get pretty messy between Frisbees and dogs."

Other issues raised have been a lack of facilities, specifically washrooms, but Hernberg hopes to get porta-pottys down there for tournaments and possibly permanently somewhere down the line.

Some of these concerns have been brought up by local disc golf enthusiast and course designer, Craig Burrows-Johnson.

He was approached by the city in the past to find a second course location and toyed with the idea of building a park near Peenaquim Park, but decided it wasn't a good location.

"I rejected it because of the lack of amenities, there's some sensitive natural areas around there, and it is covered in lumps of grass due to the old feed lot site," he said.

He's excited about the prospect of a new course to disc golf on, but doesn't believe that's the right spot.

"I would advise the city that you can't make a silk purse out of a sow's ear," he told CTV.

"This is not a great site, there are better sites in Lethbridge."

Burrows-Johnson has recently been approached by the University of Lethbridge about the possibility of designing a course near the campus at Aperature Park, which he believes would be an ideal location.

The university also reached out to the Bridge City Gunners about this location and they also expressed interest in getting involved.

When it comes to the Peenaquim Park course, the Bridge City Gunners said they have plenty of volunteers to help with the construction of the course and look forward to getting started.

"The fundraising is already complete for this," said Erik Fast, another board member for the Bridge City Gunners.

"It's just a matter of installing the baskets, which is digging small holes in the ground for concrete support structures and then adding baskets."

The hope is to finish construction on the course and parking lot by mid-July and the city is looking forward to its completion.

"We're excited to see another recreational opportunity available for the city of Lethbridge," said Ellis.