Dispatch from the Grand: Time Stands Still for richly-rewarding drama 17 years after premiere 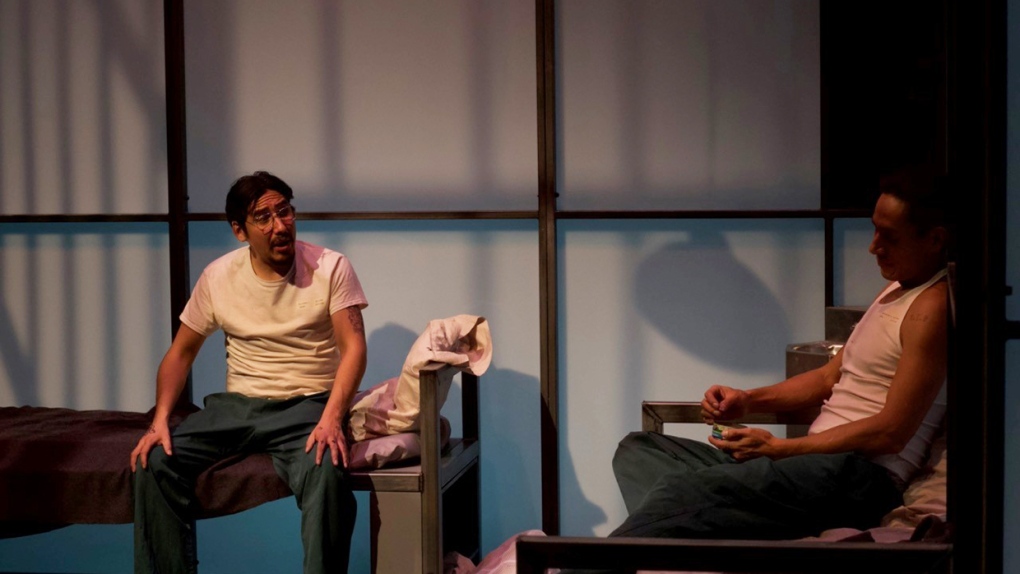 You know what’s weird? I saw a play called Time Stands Still Saturday night, which is a perfect description for life in a pandemic.

The only thing is, Time Stands Still was written by Kainai playwright Terry Ivins in 2004 debuting in Ottawa and then being part of the 2005 High Performance Rodeo in Calgary.

It has nothing to do with the pandemic, except there it was, onstage at the Flanagan Theatre Saturday night, at the Grand Theatre, the performing arts jewel built by Peter Lougheed’s granddad back around 1912, and I was astonished to discover on Saturday night, after two pandemic years away, that the joint was jumping.

There was some sort of art show going on in the former restaurant,which was packed with a few hundred art-loving Calgary hipsters exuding big party energy.

Meanwhile, a couple hundred people gathered in the theatre to watch the latest presentation by Making Treaty 7, the Calgary theatre company whose artistic director Michelle Thrush explained have been Indigenous-led and settler-supported since its founding in 2012.

You could spend a lot of time singing the praises of that, in a Canadian theatre world that’s anything but Indigenous-led, but words are precious, and the show was strong, so let’s jump to the play! 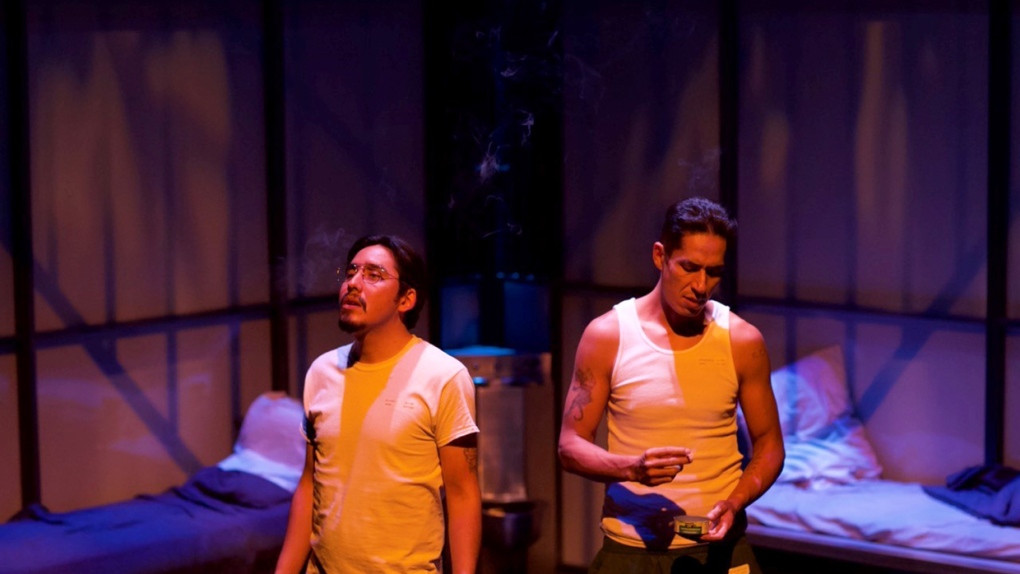 Time Stands Still is a 65 minute one-act dramedy set in an Alberta prison - imagine Drumheller - where Karl (Dustin Frank) and Mark (Garrett Smith), two BFF’s from an unnamed reserve, are doing five years for a bungled bank robbery that took a tragic turn.

The set is the cell where they share their sentence together, replete with the grim beds, and the combination urinal-sink that looked authentic to me and altogether depressing.

However, what animates Time Stands Still is not its grim setting but rather its animated storytelling. Because the reality of a prison play, when you boil it down, is that the only way to escape the oppressiveness of your limited physical movement is through storytelling - which just happens to be what theatre was built for.

The only difference is, we the audience aren’t doing five years, we’re doing 65 minutes and going for a beer after.

Time Stands Still rises and falls on the relationship between Karl and Mark, which is reminiscent of George and Lenny in Of Mice and Men or Ratso and Joe Buck in Midnight Cowboy. Karl is a bit of a whipping boy, while Mark is a bit of a matinee idol who’s in love with Karl’s sister and ashamed of his failure to live up to what he presumes to be her expectations of him.

It’s prison trash talking, at turns profane, impolitic,misogynistic - but almost always delivered with jarring authenticity by both Frank and Smith, who feel like they're living their sentences.

You might not agree with the sentiments, but they feel true to these wounded characters.

After all, we're talking about two traumatized dudes trying to find a way to pass five years six feet apart.

Along the way, Time Stands Still is a richly funny reflection on masculinity, Indigeneity, the trauma of residential schools, in addition to the nuts-and-bolts of bank robbery.

At the same time, the show’s design is a huge love letter to the western Canadian prairies. Alberta country music icon Corb Lund, who grew up in corn country (Taber), and is the actual cousin of playwright Ivins, sits onstage playing a slyly atmospheric soundtrack that roots the storytelling in his rich soundscape.

It all came to a head Saturday night, where the surprisingly large and animated pandemic audience gave the whole performance a loose, happy Saturday night feeling.

When the two actors took a bow, the audience whooped and hollered.

Maybe time stands still for Karl and Mark, but Making Treaty Seven’s new production, which kicks off its 2021-22 season, has aged better than Tom Brady. Or maybe not. But no one ages as well as Tom Brady.