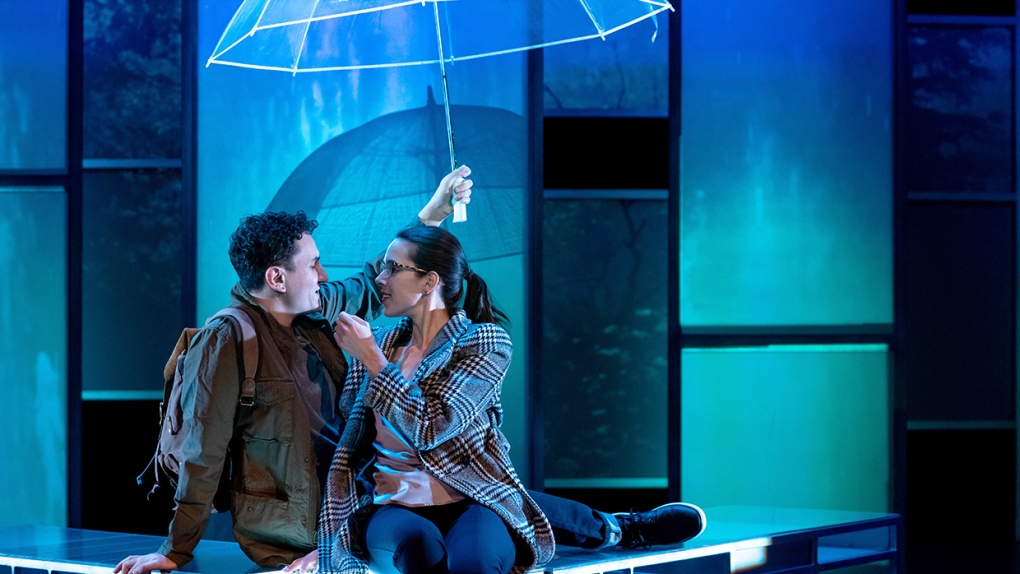 It was a beautiful Saturday afternoon outside, but under the Calgary Tower, hundreds gathered indoors at the Vertigo Mystery Theatre in a collective effort to solve a murder.

Or maybe they just gathered to watch a mildly obsessive forensic toxicologist named Grace (Ellen Close, who also co-wrote) try to solve a 63 year old murder mystery, started when a body washes ashore in Victoria in 1958.

Not just anybody; a body of a man with no identity, no paperwork, nothing except a code and a quote from an ancient text sewn into one sleeve to help explain who he was and why he would matter to anyone.

Cleverly written by Calgary’s Braden Griffiths and Ellen Close, it’s a riddle wrapped inside of an enigma kind of mystery, where a cold case six decades previous ignites a present-day drama that engulfs Grace - a thoroughly detached, somewhat clinically ambitious academic – in a suspense yarn that’s something straight out of a Bourne sequel. 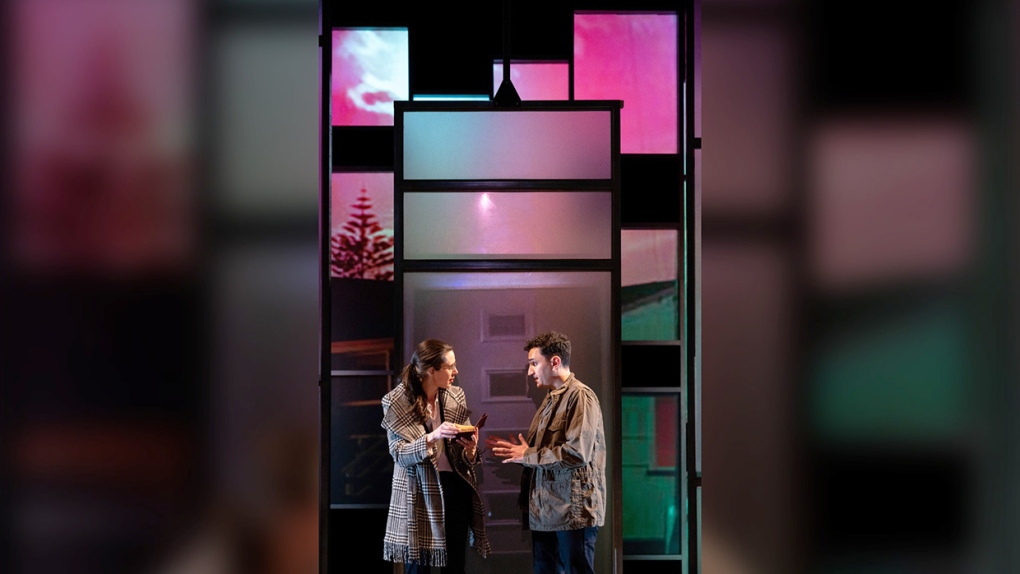 I wouldn’t want to go too much into the mechanics of the plot, but there’s a bumbling CSIS agent named Clive (Stafford Perry), a Muslim engineering student named Ameen (Antoine Yared) and a computer software program that gets launched as an effort to decipher the cipher.

At first, the duo seem to be an ideal sleuthing team. Grace is a toxicologist with a passion for cold cases containing obscure codes pulled from classic literature - in this case, The Rubaiyat - while Ameen has a facility for computer software that can speed up the analysis of the code.

The problems start when Ameen devises a hack that, he explains, “is a little bit illegal.”

It might be, but it doesn’t seem immoral or even malicious, so Grace goes along with it, setting in motion a story of 21st century surveillance that feels pulled from the phones of Olympic athletes bound for Beijing 2022.

All of it gets force multiplied by the fact that Grace and Ameen launch a passionate affair straight out of a Hitchcock movie featuring Grace Kelly and Cary Grant in the 1950s, when love was simpler and the bad guys spoke Russian.

With ingenious set and light design (by Narda McCarroll), and a suspenseful soundscape (with music composed by the Stars Torquil Campbell), and video imagery by Jamie Nesbitt that evokes the Victoria harbour, Cipher has plenty of  visual style to it.

It also has a weirdly kinetic element of choreography to it: as Grace attempts to recreate the circumstances surrounding the recovery of the body six decades earlier, we see a dance unfold between the unidentified victim (Kaleb Tekeste) and a woman (Tania Alvarado). 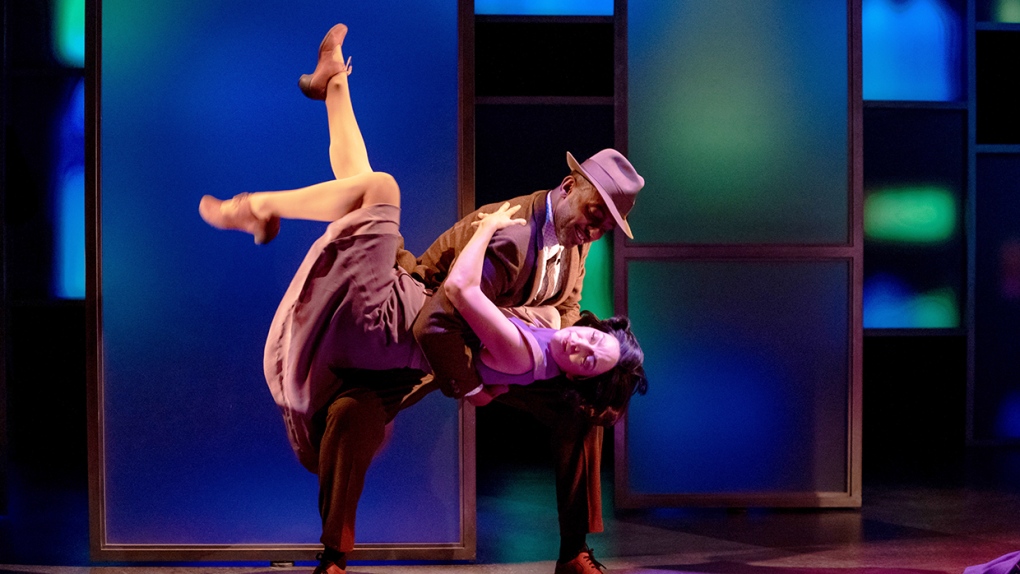 Director Craig Hall has a thing for those film noirs of the 1940s that feature shadowy men in fedoras and raincoats with whiskey and jazz and rain falling on the roof, and he pays homage to all of it in Cipher.

Ellen Close gives us a Grace who struggles to honour her feelings if they come at the expense of her ambition - but then goes ahead and lets her feelings lead her to some questionable choices.

Yared’s Ameen is one of those characters caught between his parents’ expectations and his own personal desires to push beyond them and he does a wonderful job of communicating Ameen's conflicted feelings of loyalty to both worlds.

Close’s Grace is erratic and a little precocious, but sparks fly between Grace and Ameen, even as the surveillance state moves in on them.

In the background, the duo discover a startling truth about the body that adds emotional oomph to Cipher, which is a dark, somewhat paranoid, compelling and entertaining showcase for Calgary’s theatre community.

First case of rare monkeypox in the U.S. was someone who recently travelled to Canada

A rare case of monkeypox has been confirmed in a man in Massachusetts who recently travelled to Canada, according to the Massachusetts Department of Public Health.

Prince Charles and Camilla, Duchess of Cornwall, are spending the final day of the royal visit in Canada's North.

U.S. President Joe Biden invoked the Defense Production Act to speed production of infant formula and authorized flights to import supply from overseas, as he faces mounting political pressure over a domestic shortage caused by the safety-related closure of the country's largest formula manufacturing plant.

Hundreds more fighters have emerged from the Mariupol stronghold where they made their last stand and surrendered, Russia said Thursday, and the Red Cross worked to register them as prisoners of war, as the end of a key battle in the conflict drew closer.