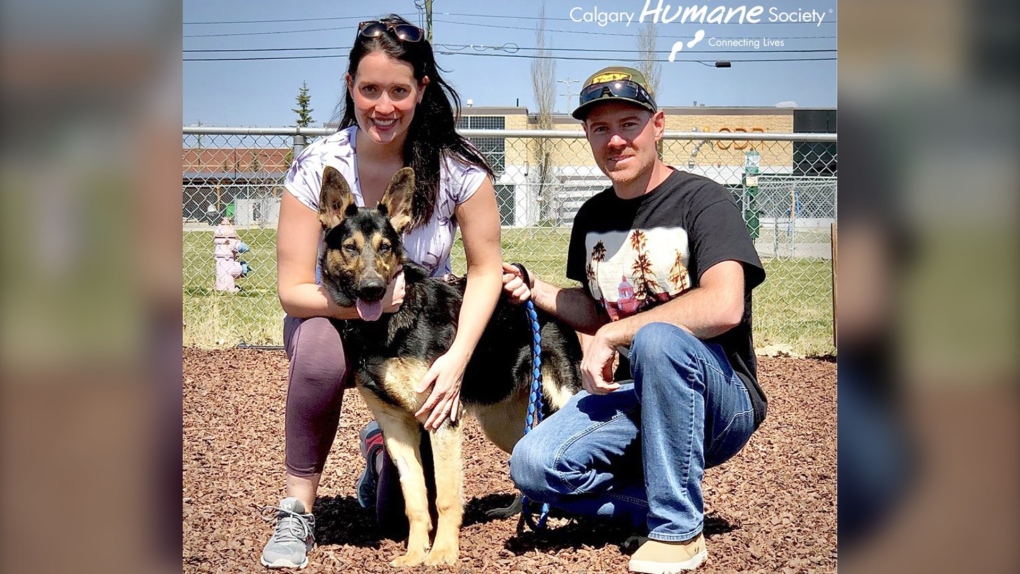 CALGARY -- A dog abandoned outside the Calgary Humane Society in near-freezing temperatures last month has found a fur-ever home.

Formerly named Max — which was changed to Gunner Zaal by his new owners — the young male German shepherd was left tied to a bench about 4:30 a.m. on April 17, hours before the facility opened.

The dog was discovered when workers arrived for the day.

"We wish Max and his new parents many years of adventures and happiness," the Calgary Humane Society said in a social media post.

Gunner's new owner commented on the social media post, saying they lost their dog a year ago.

"We saw him on the news and knew instantly," said Melissa Lundy.

A newer-model black truck was captured on surveillance video leaving the area after the dog was abandoned.

Brad Nichols, senior manager of animal cruelty investigations, said anyone who is unable to care for an animal because of COVID-19 or hospitalization during the pandemic should contact the Humane Society.

Anyone with information is asked to contact the Calgary Humane Society at 403-205-4455.