The owners of three pit bulls who killed an elderly Calgary woman last month have surrendered one of the dogs to be euthanized.

But they'll fight to keep the other two dogs alive, at a court hearing to be held this fall.

Denis Bagaric and Talyn Calkins handed over ownership of Smoki in court Thursday.

Once the ownership papers are filed, the city says the pit bull will be euthanized.

Smoki was one of three pit bulls who attacked 86-year-old Betty Williams on June 5 as she gardened. 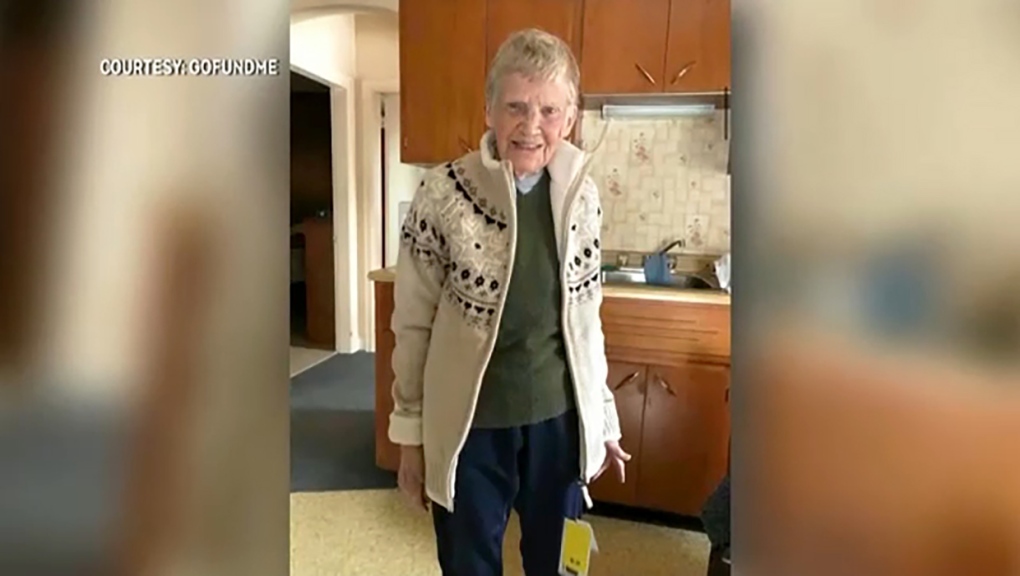 Betty Williams, the 86-year-old Calgary resident who was mauled to death June 5

Bagaric and Calkins have refused to surrender the other two dogs, Cinnamon and Bossii.

A Court of Queen's Bench judge has set aside Sept. 27 and 28 for a hearing to decide the dogs' fate.