CALGARY -- A number of people living in an Arbour Lake mobile home park say anytime they are outside with their pets, they’re on edge because of an increase in coyotes roaming around, even charging at pets.

“We’re just concerned for all of our residents that live here and their pets. I mean this is our home and we should feel safe in our homes,” said Linda Stephenson, who lives at the Watergrove Mobile Park.

Stephenson said her 12-year-old dog Pepper was attacked by a coyote on July 13th after it was grabbed through their fence and had to undergo surgery.

Stephenson said many residents are seniors in the community and watching over their shoulders when they are out walking.

“My concern is that one day it will injure or kill my dog, injure or kill my neighbour's dog because they lack a food source,” said Donna Vennard, who also lives in the area. “The aggressiveness and the number of coyotes that come in the park has really escalated.”

Vennard and Stephenson are among other residents who say they have called the city, but have yet to find out what will happen.

“We can’t really do anything to the coyote which we don’t want to, we just want to find a solution to the problem,” said Vennard.

The City of Calgary manages coyotes on city-owned land.

“They’re very curious animals, they watch what we do,” said Chris Manderson, with the City of Calgary. “For the most part you might see a coyote watching you and that should be okay. However we do get some behaviours that are a cause for concern for us. If you’re seeing them in a community, on your street, there is a chance they could be looking for food.” 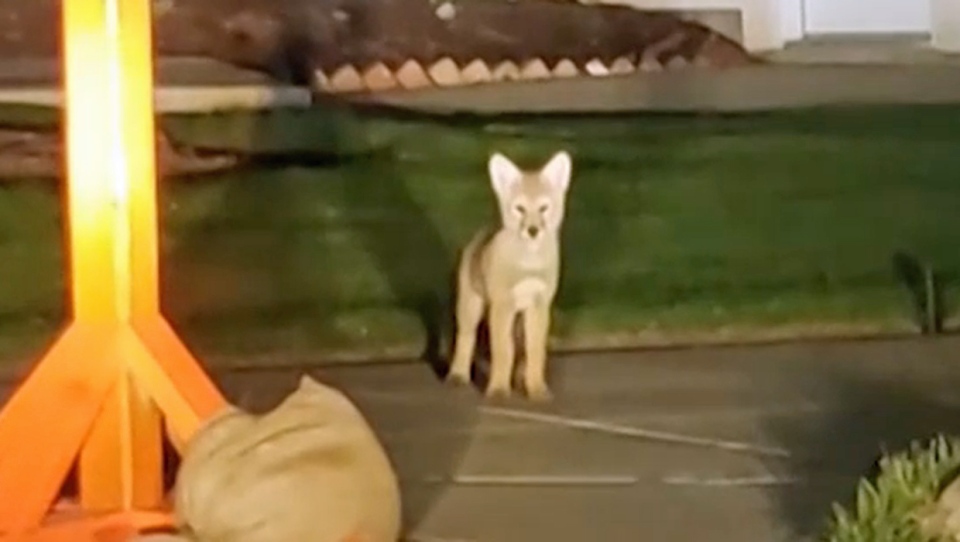 Manderson said there have been a few coyote packs that have gotten comfortable around Arbour Lake, and issues are monitored as they arise.

Contractors are currently engaging in what’s known as hazing in the Watergrove Mobile Park. They can use various techniques such as noise makers and specially trained dogs to make the animals feel unwelcome in the area, with the goal they relocate on their own.

Manderson said if you see a coyote in your neighbourhood, try to scare it away by making noise. Keep your dog on-leash in an on-leash area and change directions if the animal is following you.

He said coyotes are an important part of our urban ecosystem.

“It’s absolutely important if you see a coyote regardless of the behaviour that it’s doing whether it's normal or concerning please phone 311 and let us know because that’s really important information for us to understand coyote activity throughout the city,” said Manderson.