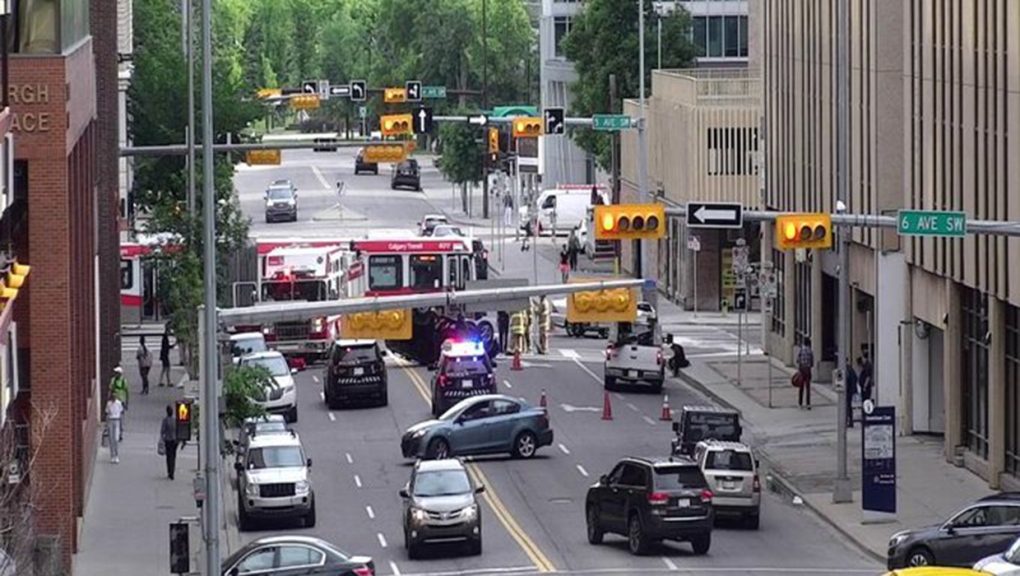 CALGARY -- A section of Eighth Street S.W., between Fourth and Sixth Avenues, has reopened to traffic following a Tuesday morning crash that upended a vehicle.

The two-vehicle collision occurred just after 8 a.m. at the intersection of Eighth St. and Fifth Ave. S.W.

EMS officials confirm no one was transported from the crash scene to hospital.

Two lanes of eastbound Fifth Avenue were also closed but have since reopened.