CALGARY -- Just hours before someone put Baby in a corner, a drive-in movie was cancelled outside the Grey Eagle Casino.

And now, organizers of the event are livid.

"We had an opportunity for families to come in together and have a break," said David Howard, head of The Event Group, and organizer of the temporary outdoor theatre, "Many moms and dads are at their wits ends. This is a simple thing."

The Grey Eagle drive-in rules stipulate only household members can share a vehicle, which they can't leave unless they are using the washroom.

Several portable outhouses are staggered across one end of the parking lot and each is cleaned after every use.

But health officials said they were concerned people could mingle in the parking lot, the same reason they're not allowing drive-in graduation ceremonies this month.

However, while movies and school ceremonies are no-go zones, drive-in church services have been allowed to proceed.

The frustration was also felt at the Canyon Meadows Theatre.

It also opened a parking lot drive in last weekend and sold out all three shows.

"It was great, it was the first evening since December where we could have full staff," said Mathew Hunter, whose family owns the theatre.

"It was pretty encouraging to be able to give people an experience, so they could come out and enjoy themselves."

Hunter said his mother, who manages their business, spent all day calling people who'd bought tickets for this weekend's showings of The Princess Bride to give them the bad news. 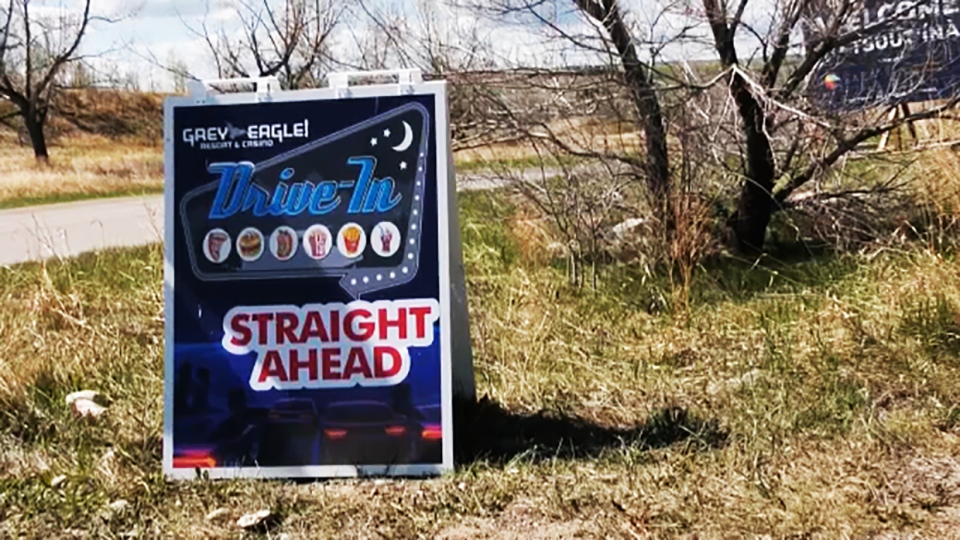 It also means dozens of people hired at the two different temporary theatres, providing everything from security to drive-thru concession services are out of work once again.

"We are a year into this pandemic," said Matthews, "Drive-ins have been available throughout this. For them to suddenly make this decision now, two weeks into us doing it, is super frustrating."