Driver dead after semis collide in fiery crash on Hwy. 3 west of Lethbridge 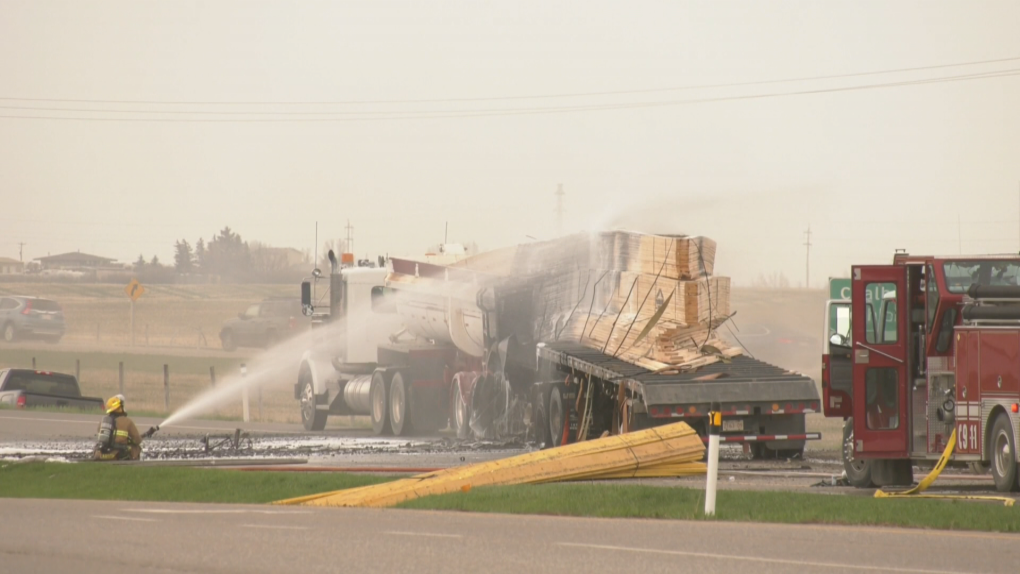 Emergency crews responded to a location near the community of Kipp, approximately seven kilometres west of Lethbridge, shortly before 10 a.m. following reports of a rear-end crash that led to a semi hauling lumber catching fire.

One of the drivers, a resident of Granum, was pronounced dead on scene.

The second driver suffered minor injuries and was not transported to hospital.

A section of Highway 3 has been closed to traffic in the area and is expected to remain closed for several hours.