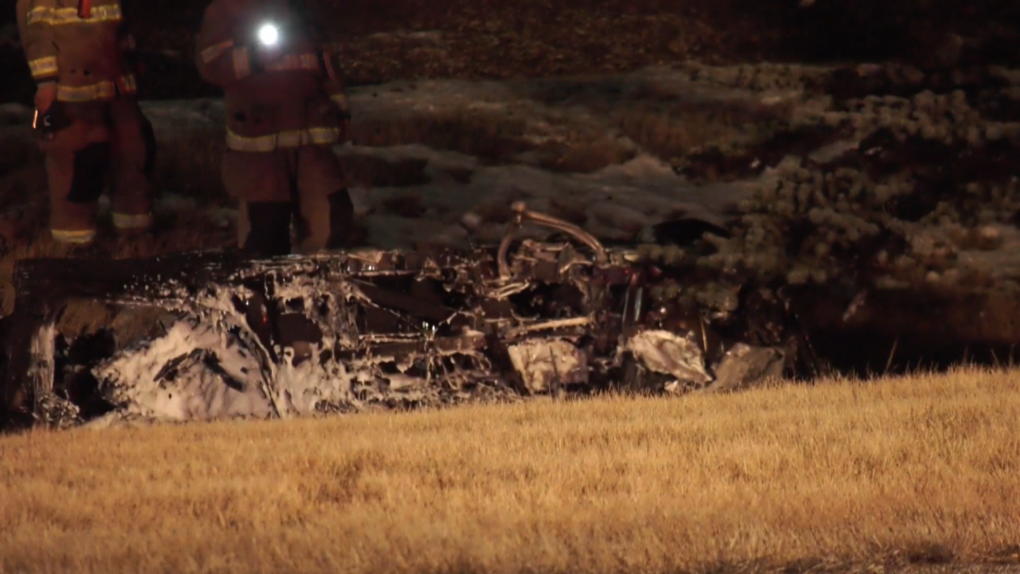 CALGARY -- The driver involved in a serious single-vehicle collision Sunday night has died from injuries, the Calgary police said in a statement issued Monday afternoon.

Sunday nightthe driver was transported to hospital in critical condition following a late-night crash on 16 Avenue N.E. where his car flipped several times.

Police say the vehicle was travelling eastbound near the 36 Street overpass at around 11 p.m. Sunday when the driver lost control and crossed the median.

The man was ejected from the car as it proceeded to flip and catch fire.

He was transported by ambulance to the Foothills Medical Centre in critical condition.

A section of 16 Avenue was closed to traffic throughout the night but reopened just before 5:30 a.m.

Police continue to investigate and believe speed to be a factor.

Investigators are asking for any potential witnesses, including drivers with dashcams who may have been travelling in that area to come forward at 403-266-1234.