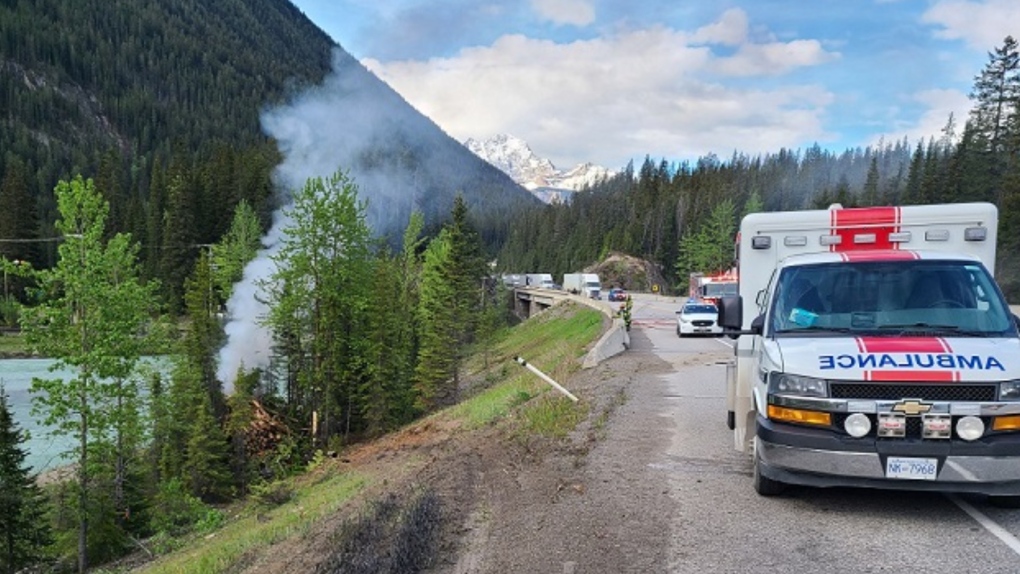 Emergency crews at the scene of Wednesday morning's fatal crash on the Trans-Canada Highway near Field, B.C. (RCMP)

Highway 1 has reopened in both directions near Field, B.C. following a Wednesday morning crash that claimed the life of a driver.

B.C. RCMP say members of the Golden detachment, along with B.C. Highway Patrol, responded to the scene of a crash between a logging truck and an SUV near Emerald Lake Road at just before 7 a.m. on Wednesday.

A preliminary investigation indicates that the driver of the SUV, which was eastbound, crossed into the path of the oncoming truck.

"The driver of the logging truck was transported to hospital with non-life threatening injuries. Unfortunately, the driver of the SUV did not survive," RCMP said in a release.

The investigation is ongoing, but police say there is "no criminality" involved in the incident.

The vicitim has not been identified.