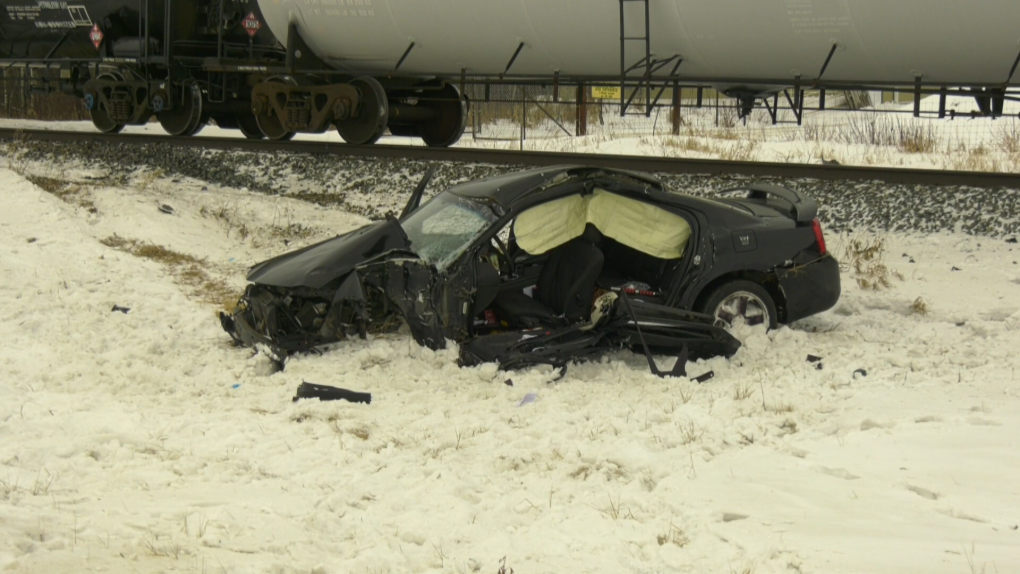 A damaged car next to a train at 35444 Highway 2A, north of Innisfail, following a Jan. 10 collision that sent a man to hospital in critical condition.

A 25-year-old man was airlifted to a Calgary hospital Monday morning after his car was hit by a train at a crossing north of Innisfail.

Staff Sgt. Chris Matechuk of the Innisfail RCMP detachment confirms officers responded to a location along Highway 2A near the Discovery Wildlife Park shortly after 10 a.m. following reports of the collision.

Matechuk says the train crossing is marked but does not have lights and barriers.

The RCMP investigation into the crash continues.