Calgary EMS say one man was rushed to hospital in critical, life-threatening condition on Monday after a rollover on Macleod Trail S.E.

EMS said the man was involved in a single-vehicle rollover near the intersection with Willow Park Drive S.E.

Paramedics assessed two other people at the scene but they weren't taken to hospital. 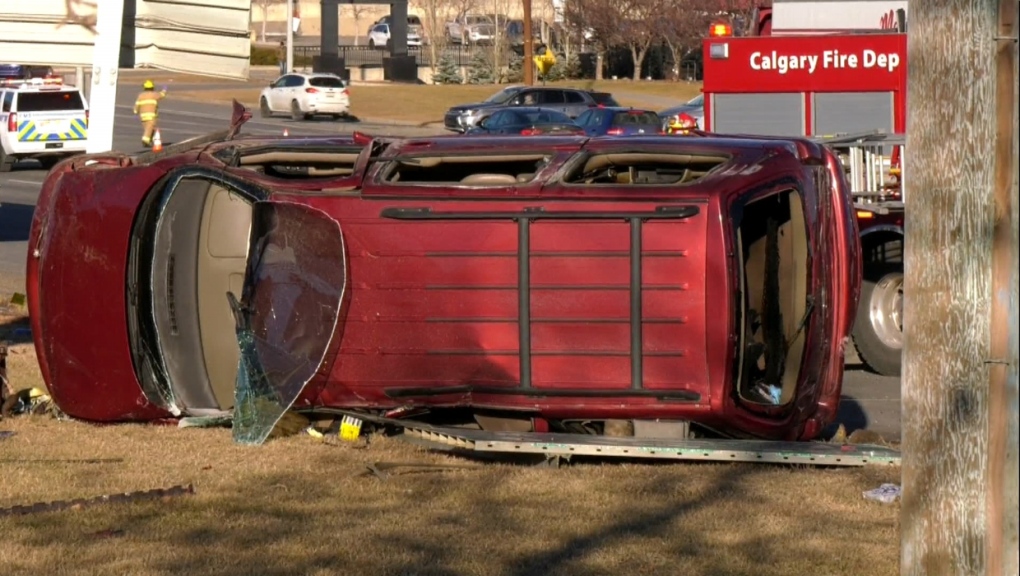 Emergency crews respond to a single-vehicle rollover on Macleod Trail S.E. on Nov. 29, 2021.

Police said the man transported to hospital was allegedly driving a stolen vehicle and is being investigated as potentially causing the crash.

The driver of what is believed to be a stolen vehicle is one of the injured and has been taken to hospital. Macleod Trail will be closed for a number of hours, please find alternative routes and give emergency crews room to work.

Traffic Closure: Southbound Macleod Trail will be closed at Southland Drive SE to Willow Park Drive SE as emergency crews are responding to an injury collision. Please avoid the area.