CALGARY -- A Canadian biotech company, headquartered in Calgary, says it's ready to begin phase one testing of a promising vaccine against the virus causing COVID-19.

But Providence Therapeutics CEO Brad Sorenson says that’s as far as it will be able to go without government assistance.

The company designs cancer drugs using a technique called messenger RNA, or mRNA. That same technique is being used in Europe, China and the United States to create potential COVID-19 vaccines.

The federal government approached Providence to submit a proposal to develop a vaccine for use in Canada. The company began its vaccine research in April.

"We've actually made the vaccine. We were starting animal testing this week in a level three laboratory in Toronto," says Sorenson. "The amazing thing about messenger RNA because it's so quick to synthesize, you can make multiple versions, and you can adjust that as needed quickly, so we've already made three and we're running three different vaccines through animal models this week. And so then we'll take the best of those three, and we'll go into manufacturing with the idea of going into human clinical trials. This year, as early as September or October."

mRNA is being used by a handful of drug manufacturers around the world to quickly create a new vaccine to the novel coronavirus.

The most high profile of those is Boston-based Moderna. That company has received close to half a billion dollars from the U.S. government, with an agreement to reserve the first 300 million doses of the vaccine for the U.S. market.

That highlights one of the major problems with COVID vaccine developments currently underway around the world.

"If we thought getting face masks across borders was a challenge, wait till you deal with a vaccine," said Sorenson. "The U.S., some of the major European countries, China, they've got resources, they're going to take care of their population and they'll prioritize their population. Can you really fault them?"

Despite heading into phase one clinical trials, Providence Therapeutics hasn’t received any word on government funding for it’s drug trials. Sorenson says by the time they expand to phase 2, it will be impossible to proceed without government assistance. 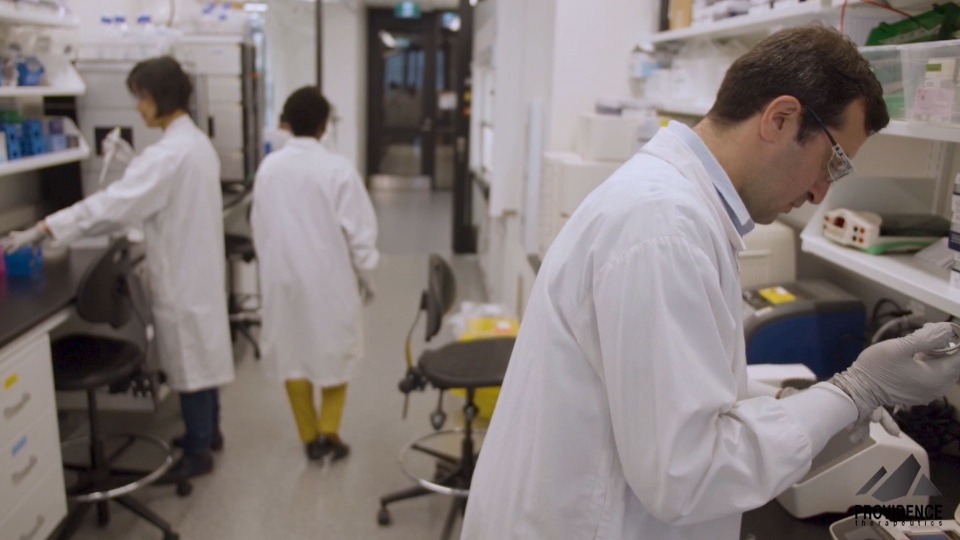 "The reality is, this is too large of a project not to be able to do it in cooperation with the government. We need it, not just from a funding perspective, but just from a technical coordination perspective.

"I start a clinical trial of 10,000 people, and I need to test those 10,000 people every week, or every two weeks just to monitor the trial. That's a significant amount of resources. We have to have cooperation with the government."

In an emailed response to questions from CTV News, Innovation Canada said, "The government is moving ahead on a comprehensive plan to invest in clinical trials, to secure the supply of an eventual vaccine and other promising treatments, and to ensure Canada has the biomanufacturing capacity to supply a vaccine to the Canadian market."

The spokesperson for Innovation Canada also wrote, "The government’s support for vaccine development will better position Canada to rapidly access a vaccine once it does become available. This support includes $600 million through the Strategic Innovation Fund to support COVID-19 vaccine and therapy clinical trials led by the private sector as well as Canadian biomanufacturing opportunities."

The email then listed three companies receiving support from the federal government in COVID vaccine development:

None of those received their approval to test mRNA based vaccines, but in May, CanSino Biologics announced it was adding mRNA testing to its efforts.

Sorenson says he remains optimistic governments at both provincial and federal levels will see the value in his company’s mRNA vaccine trials and offer support.

He warns if Canada doesn’t support the trials, it’s risking missing out on one of the most promising paths to immunization.

"I believe that the messenger RNA program that we have is going to yield results," said Sorenson. "We answered the call, we've put a lot of money at risk and we need the support back. Because eventually (without it) we're gonna have to say, 'Guys, we're done.'"