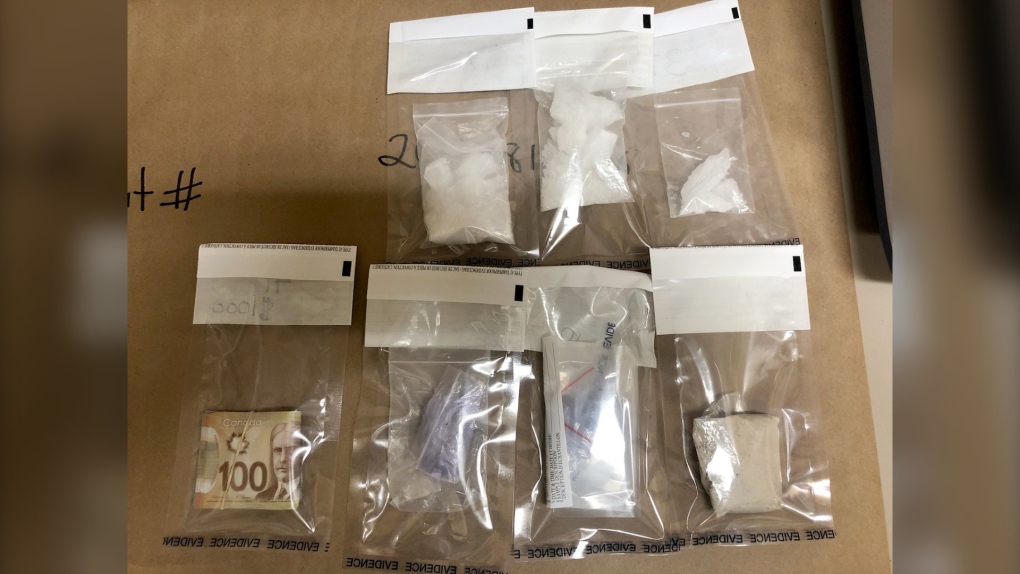 Some of the drugs seized by RCMP in an investigation into drug trafficking on the Stoney Nakoda First Nation. (RCMP handout)
CALGARY -

A Calgary man is facing charges after an RCMP investigation into the distribution of illegal drugs on the Stoney Nakoda First Nation.

The investigation was started in January and concluded with a search warrant being served on Thursday at a home in Calgary.

The search resulted in a number of items being seized, including:

Robert Pettitt, 38, is is facing 11 charges, including possession, trafficking, failing to comply with previous release conditions and weapons offences.

He was released with conditions and is scheduled to appear in court on Monday.

“This arrest is the latest example of the tireless efforts our officers are investing in combating drug abuse in the Stoney Nakoda First Nation and our neighbouring communities,” said Insp. David Brunner of the Cochrane RCMP.

A series of unusual leaks on two natural gas pipelines running from Russia under the Baltic Sea to Germany triggered concerns about sabotage Tuesday, overshadowing the inauguration of a long-awaited pipeline that will bring Norwegian gas to Poland in efforts to bolster Europe's energy independence from Moscow.

Here's the moment NASA rammed a spacecraft into an asteroid