Officials are investigating after a fire broke out inside a vacant building in northwest Calgary early Sunday morning.

The Calgary Fire Department says crews were dispatched to the 1100 block of Gladstone Road N.W. for reports of a fire at approximately 12:45 a.m. A second alarm was called immediately because of the situation, officials said.

"Upon arrival, fire crews faced significant smoke and visible flames from the interior of a three-storey cinder block commercial building. Firefighters quickly initiated an exterior defensive attack," the CFD said in a release.

Crews also set up a number of water towers to keep the fire from spreading to other businesses, such as a bike shop next door.

Officials say the building where the fire began had been empty for some time.

"Reports were that the structure had been vacant for a number of years," officials said.

People who live in the area believe it was an abandoned community centre. 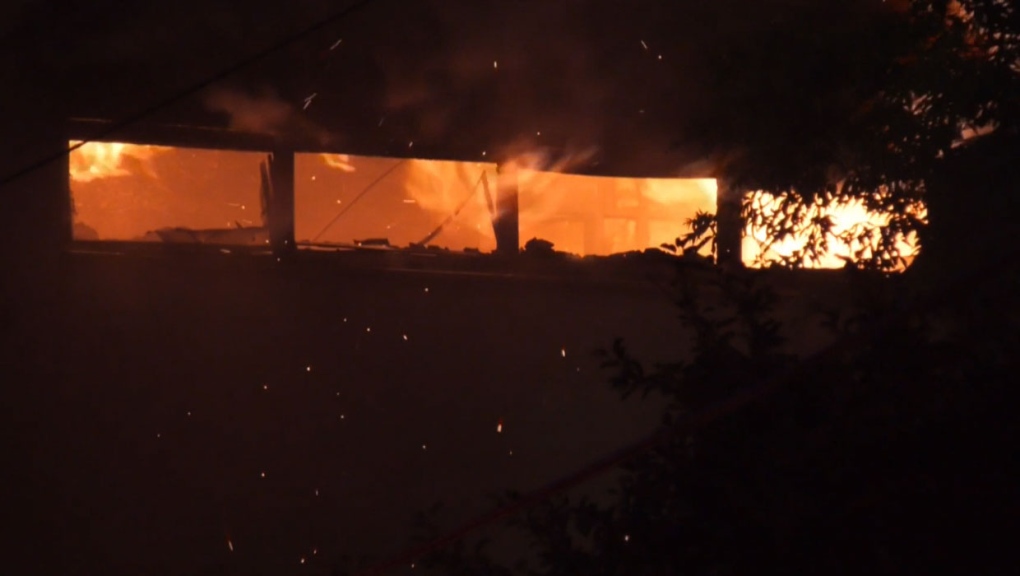 "We thought it was smoke from construction or something like that but we turned the corner and saw a bunch of smoke coming from the top," said Matthew Powell.

A short moment later, they said they heard the sirens approaching and then firefighters were at the scene.

Powell says it took only about 10 minutes for the building to be fully involved.

Fire crews, along with a fire investigator, will remain at the scene to ensure all the flames have been extinguished and they haven't spread to other buildings.

Officials say damage was limited to the one structure.

The decision to put an end to some of the last vestiges of federal COVID-19 restrictions is expected to be announced officially on Monday.