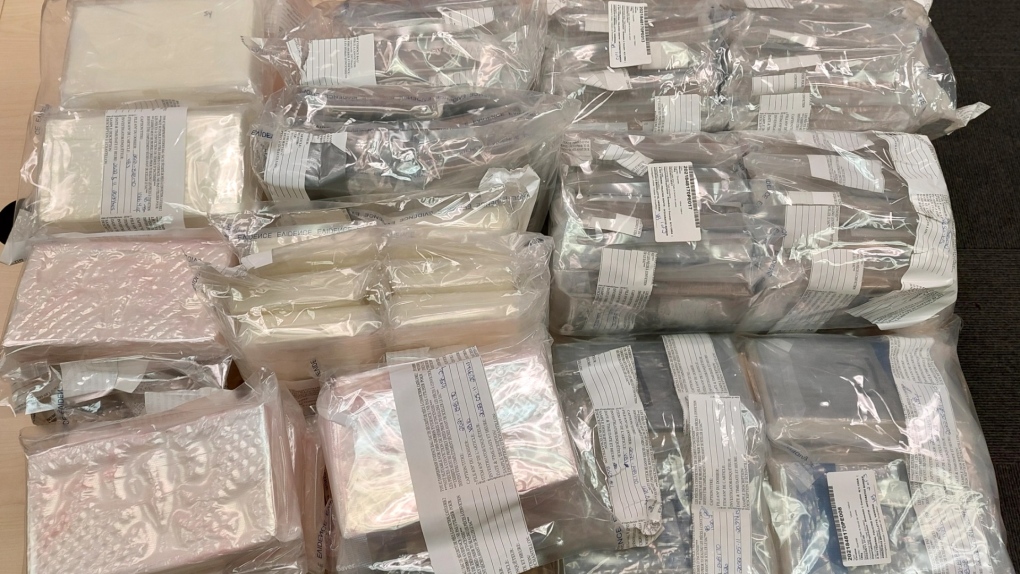 Bundles of heroin and cocaine seized during the investigation into an Edmonton man's alleged smuggling of drugs into Canada in transport trucks. (image: Integrated Border Enforcement Team)

A 42-year-old Edmonton faces drug trafficking charges after he allegedly brought dozens of kilograms of heroin and cocaine into Canada in commercial transport vehicles.

The Integrated Border Enforcement Team — comprised of Calgary Police Service, RCMP and Canada Border Service Agency members - seized 38 kilograms of cocaine and 30 kg of heroin as part of the investigation into the suspected movement of hidden illicit drugs into Canada.

The total street value of the seized drugs is estimated at $7 million.

David Phanthikane of Edmonton was arrested on Oct. 13 and charged with possession of a controlled substance for the purpose of trafficking.

The accused is scheduled to appear in Edmonton provincial court on Nov. 24.