Efforts to find missing southern Alberta man 'not slowing down' 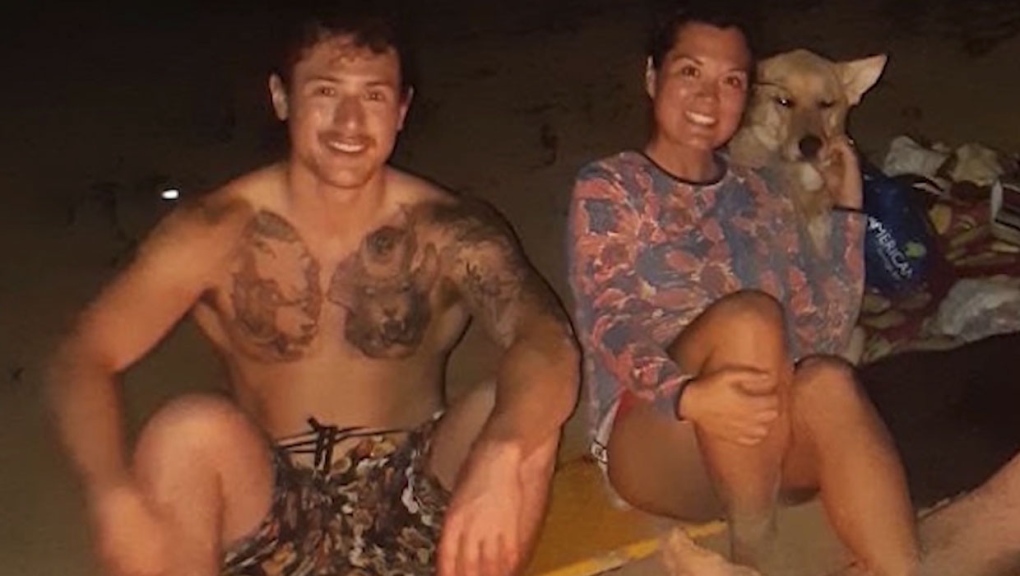 The family of 27-year-old Marshall Iwaasa says they aren't giving up on trying to find him after he went missing last month. (Supplied)

LETHBRIDGE -- The sister of a 26-year-old Lethbridge man who has been missing for nearly a month has come home from Hawaii to help in the search efforts for her brother.

Paige Fogen and the rest of her family continue to appeal to the public for support in finding her brother Marshall Iwaasa.

Iwaasa left Lethbridge for Calgary on Nov. 17. His burned-out truck was found by hikers over a week later at the end of a service road in an isolated area north of Pemberton, B.C.

RCMP conducted a ground search in the area, which led to the discovery of three cell phones and a laptop, as well as other electronics, his current passport and an expired passport.

The family said police have looked into his phone and bank records, and confirmed there has been no recent activity.

Searches of the area have been conducted by helicopter, ground personnel, dogs and underwater at a nearby creek, but RCMP found no sign of him or any human remains.

The search was suspended last week, partly due to poor weather.

On Thursday, the Lethbridge Police Service announced it was assuming carriage of the investigation.

Fogen said it makes sense that Lethbridge police are now leading the investigation.

“Since this is the last place that he was seen. This is the place we grew up in," she said.

She said police have been involved with the investigation, checking out any possible tips or leads from the Lethbridge area. She said the family is not aware of any significant information coming forward yet.

"It doesn’t sound like there has been a breakthrough to our knowledge, and that’s why we are still pushing for that public support, and just asking people to keep an eye out for Marshall."

The family said the distance from Lethbridge to Pemberton, a 13-hour drive, means his truck would have had to be refueled at some point. They have appealed to gas stations and convenience stores along any of the possible routes to check their surveillance video for Iwaasa, or his truck — a dark blue 2009 GMC Sierra, with Alberta licence plate BLL 1099.

Fogen said the family is concerned because it is getting close to a month since he went missing and some of the tapes may be overwritten and no longer available.

"It really is crunch time for us in trying to see if we can get those tapes held or saved."

She said any one of those tapes could provide a clue to where her brother was and they are urging service station or food store owners not to record over their surveillance tapes until they have time to check them out for the period between Nov. 17, when he went missing, and Nov. 25, when his vehicle was found.

In the meantime, a large group of family members have been pitching in to monitor and update their Facebook page.

Fogen said there is so much ground to cover and the community support is vital to finding out where he is, or what happened to him.

"We are so thankful that people have supported our family so much, and I really just can't say thank you enough. I hope that every person out there that has helped us really knows how thankful we are."

She said the family has no intention of slowing down their efforts. After more than three weeks, Fogen said they are instead focusing on spreading the word and trying to make the campaign even bigger.