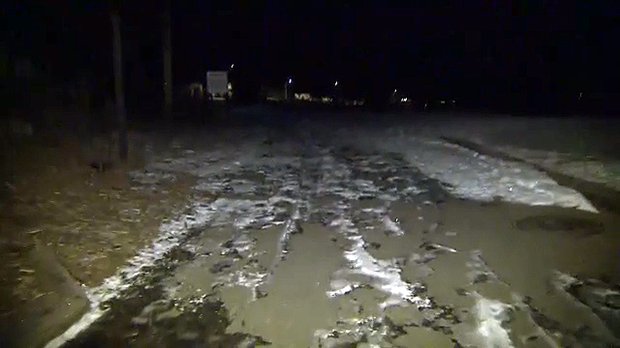 The woman left the pathway near the Valley Ridge Golf Course and became lost.

A woman in her 80s has been located after becoming disoriented during a late afternoon walk and leaving the pathway after the sun went down.

Family of the woman notified police at around 6:00 p.m. after she failed to return from a walk near the Valley Ridge Golf Course.

HAWCS provided aerial support while additional CPS members searched the area from the ground. After nearly an hour, the woman was spotted from above and the helicopter crew directed officers to her location. The woman had entered thick brush and encountered icy conditions in an area void of light sources.

The senior was transported to hospital as a precautionary measure due to her exposure to the cold but police officials say she was unharmed.