When Tony Aiuto reported for his first day as a busboy at Phil's restaurant, a different Trudeau was Prime Minister, Paul Henderson was about to become hockey royalty, Mark Spitz won seven gold medals at the Summer Olympics and Atari introduced a new game known as Pong.

Tuesday, Tony said so long to Phil's, after completing his final shift on the job.

Forty nine years at one company is almost unheard of in today’s world but that's the milestone Aiuto hit before calling it a career Tuesday.

“When I started it was 17 and there were not that many jobs for young people," said Aiuto “I was making $1.35 and hour as a busboy. It was a great opportunity.”

Like a lot of university students, Aiuto worked the restaurant job to pay for university, where he studied business and marketing. Unlike most of his classmates, he never left the restaurant.

“I had some great little mentors," he said. "My first manager Frank was a nice, nice man. And this one server - Anita - a phenomenal lady. She later became my server, she worked for me afterwards when I began managing the restaurant.” 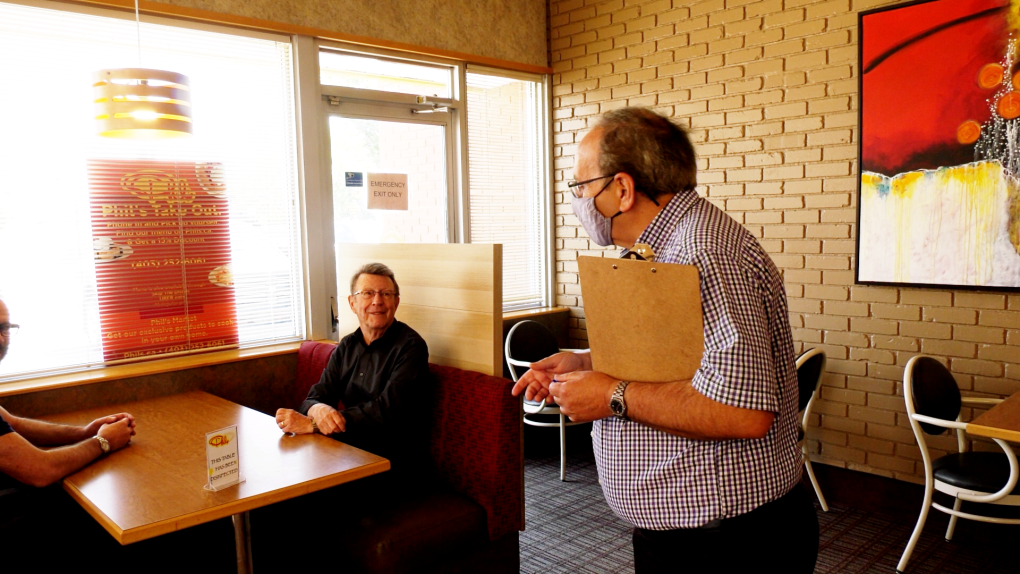 Over the years Aiuto has seen hundreds of young staffers through the doors. He says for many, as it was for him, the restaurant business is a stepping stone for personal development.

“It’s gratifying to see someone grow and to become adults," he said. "That's what longevity does: when you're in the same place for a long time, you get to take pride when they walk away and they've they become a doctor or lawyer.”

“I've got lots of stories like that from great families that have become doctors, lawyers, teachers, accountants, physiotherapists, and they come back and they say, ‘Thanks, Tony for giving me a great place to work in," he said. "A place that was safe a place that hey, you were flexible."

Tuesday a steady stream of regular customers came through the door to say goodbye to a man who became a fixture at the Elbow Drive restaurant.

“And is it going to be the same? I don't think it will," said Giulio Diano who also worked at the restaurant under Aiuto.

"It won't be for me for sure, because it's that old familiar face just to come in and say hello.”

Aiuto admits he will be back at the restaurant, but now he’ll be a customer, likely ordering his favourite, the beef dip.

His wife said she’s OK with that, just as long as he stays at the table with her now that he’s retired. 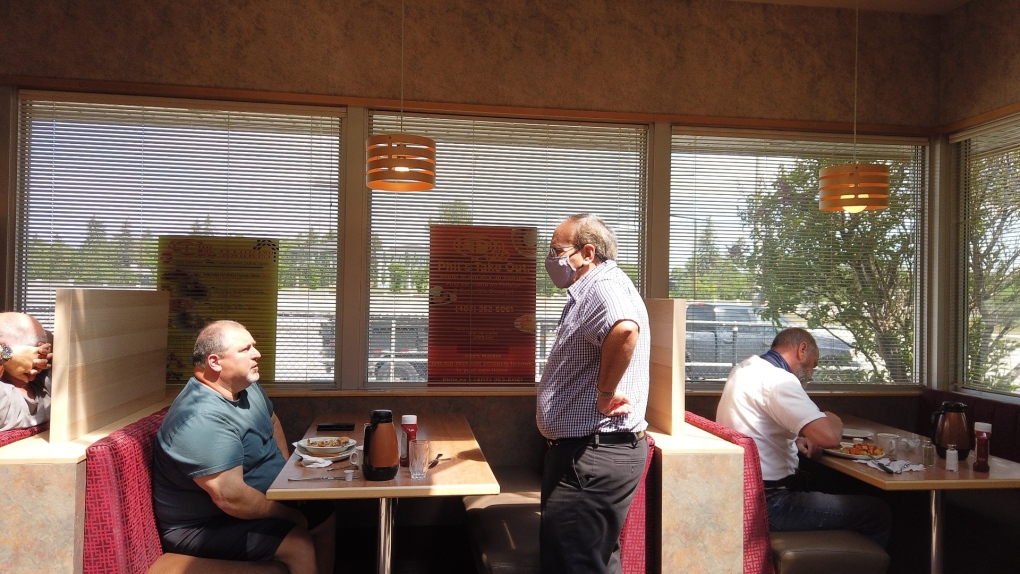 Tony Aiuto with a customer at Phil's Restaurant

“Before I’d be sitting here all by myself,” said Aiuto’s wife Adriana, “because Tony would be in the back, washing dishes if they needed help.”

The couple say they intend to spend more time with their grandchildren, and are hoping to travel as soon as that’s possible again.

Jacob Hoggard could be sentenced today, faces up to 10 years in jail