Police announce details of suspect in crash at Calgary Co-op

Police announce details of suspect in crash at Calgary Co-op 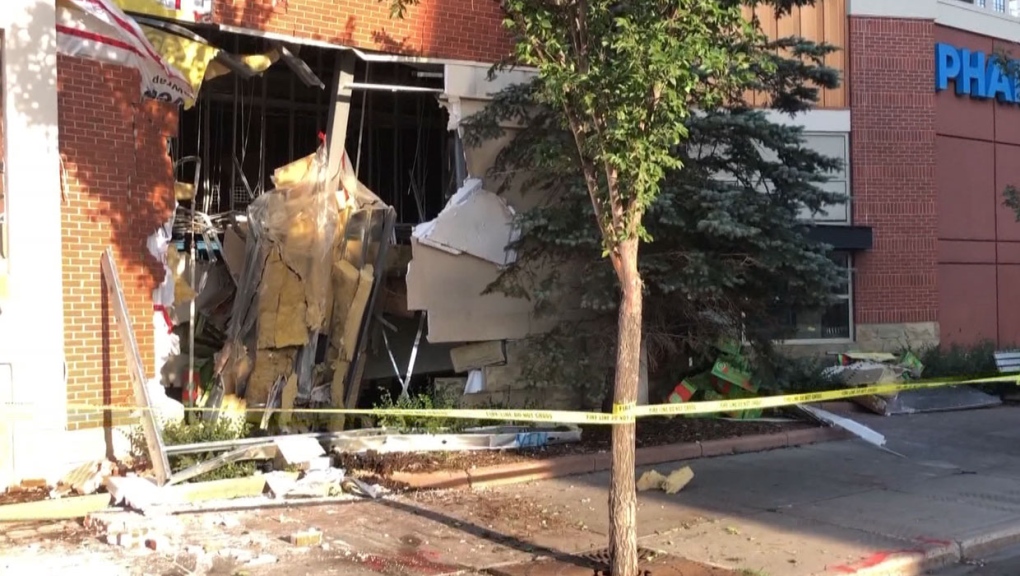 A large hole was left in the side of the wall of the Midtown Co-op after a truck hit the building on Thursday afternoon.

A southwest Calgary grocery store is expected to remain closed Friday as crews continue assessing damage caused by a large truck that crashed into it the day before.

However, police have now released details of the suspect wanted in connection with the incident.

Officials say the truck, which was stolen, had been travelling at a high rate of speed at approximately 2:35 p.m. on Aug. 18 when it lost control on 11 Street S.W.

The driver got out of the vehicle and fled before police arrived.

The store was closed for the rest of the day and, in a statement Friday, the company said the store would remain closed for cleanup.

Meanwhile, the three store employees who were hurt in the crash are now out of hospital and "recovering well at home," according to store officials.

Calgary Co-op thanked emergency crews for their quick response and the community for its understanding.

"A sincere thank you to our team members and customers at Midtown as well as the surrounding community for their kind notes of support and for their patience as we work to restore the building," Calgary Co-op said.

A structural engineer with the City of Calgary has been dispatched to the scene to assist in the aftermath of the crash. 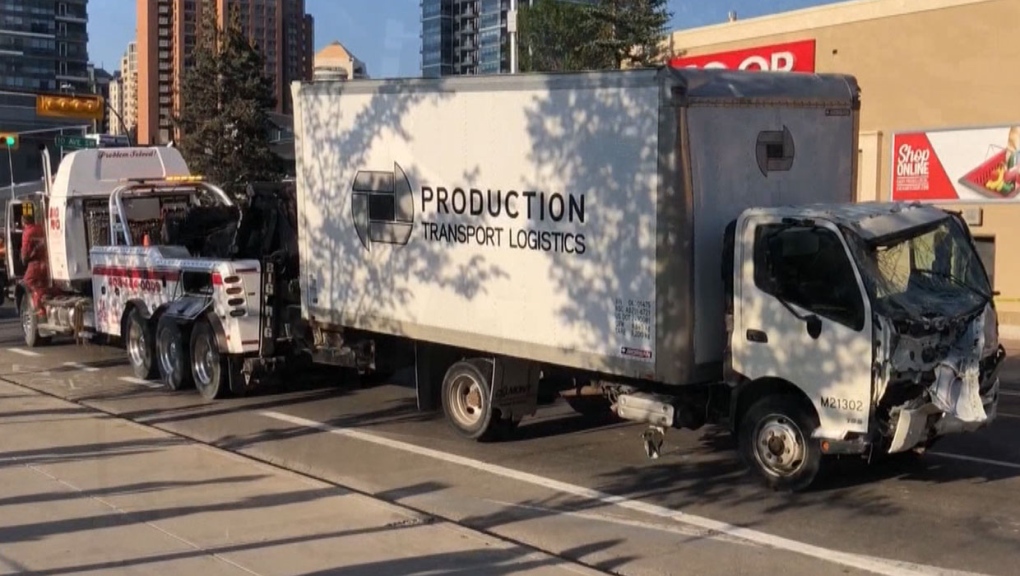 Calgary police told CTV News in an email that the man sought in connection with the incident is in his 30s and has black, medium-length hair and a medium build.

"At the time of the incident he was seen wearing black jeans, running shoes, no shirt and carrying a red backpack," officials said.

There are no photos of the suspect at this time.

We want to thank emergency officials for their quick response yesterday and a sincere thank you to our team members and customers at Midtown as well as the surrounding community for their kind notes of support and for their patience as we work to restore the building.