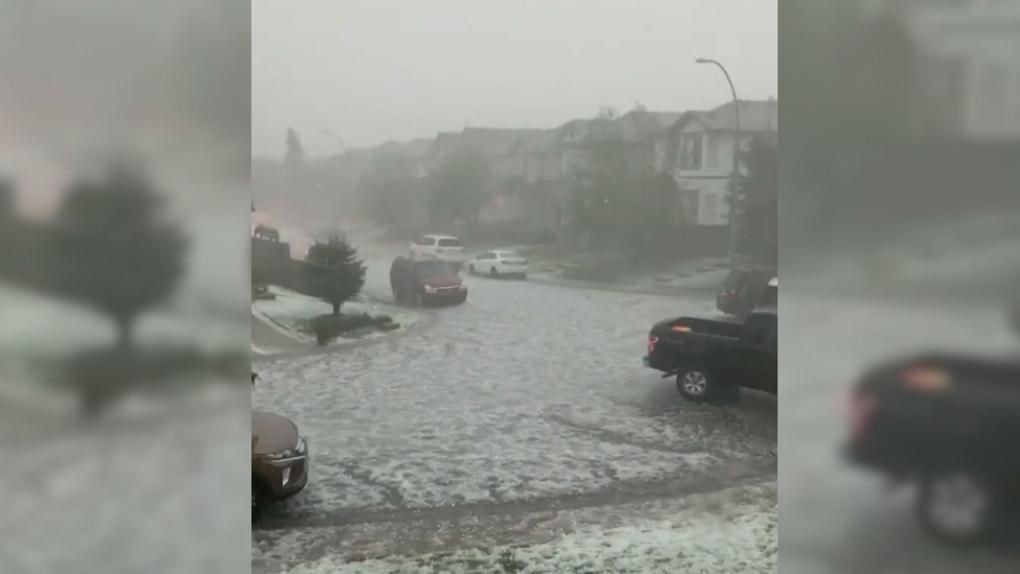 The city of Calgary saw hail and heavy rain, but Environment Canada says the storm was even more severe in other areas of Alberta.

CALGARY -- Alberta residents are mopping up after tornadoes were spotted in several southern communities and Calgary was struck Saturday evening by torrential rain and hail.

Environment Canada says a tornado was spotted at 7:37 p.m. near New Dayton, moving 60 km/h to the northeast.

A tornado was seen about 30 minutes later near Barnwell, followed by reports of possible tornadoes in Taber and Brooks.

The weather warning was cancelled around 9:40 p.m. after the storm weakened.

This report by The Canadian Press was first published June 14, 2020.