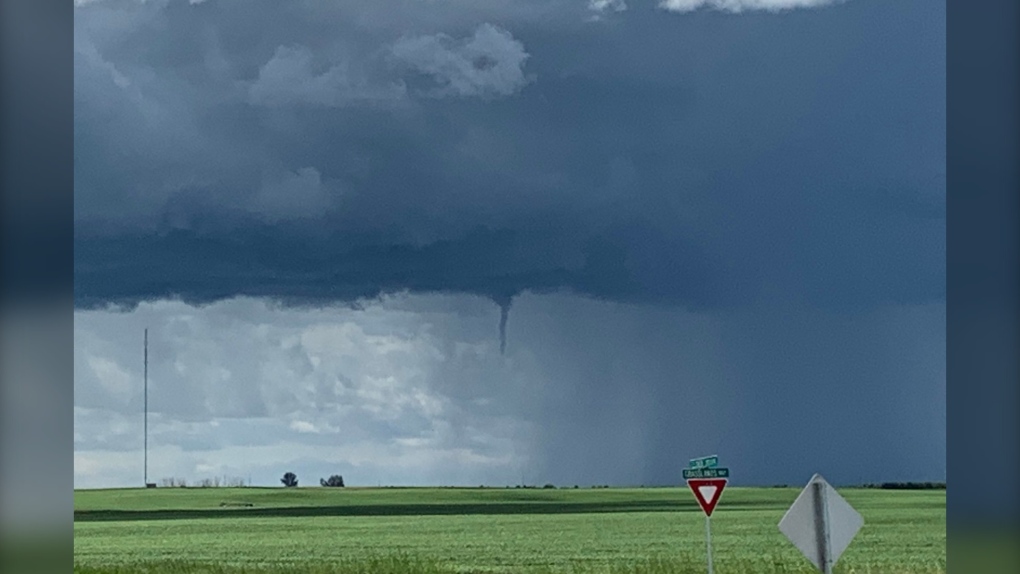 Environment Canada says there is a risk of funnel clouds and landspout tornadoes in southern Alberta and Saskatchewan on Friday. (File)
CALGARY -

The weather is expected to take a turn for the worse in the Medicine Hat region Friday as Environment Canada says there is a risk of funnel clouds and possible tornadoes.

The agency issued the bulletin at about 11 a.m., warning residents in the city as well as several surrounding regions and communities to take caution because of the serious weather conditions.

"These types of funnel clouds are generated by weak rotation under rapidly growing clouds or weak thunderstorms. This weak rotation is normally not a danger near the ground. However, there is a chance that this rotation could intensify and become a weak landspout tornado."

While it states funnel clouds and landspout tornadoes do not typically cause significant damage, Environment Canada urges all residents in the affected regions to take the advisory seriously.

"They can be strong enough to topple trees, damage roofs or toss debris short distances," it said.

"Should a funnel cloud develop nearby, prepare to take shelter. These funnel clouds usually appear with little or no warning."

Meanwhile, CTV Calgary meteorologist Kevin Stanfield says most of the risk will be for residents in Saskatchewan.

"These storms (will) develop and potentially strengthen on a predominantly-eastward trajectory," he said.

Environment Canada's advisory also includes a number of regions in that province, including the city of Lloydminster, Sask.

The affected regions in Alberta include the city of Medicine Hat and surrounding counties as well as the city of Lloydminster, Alta. and nearby areas.