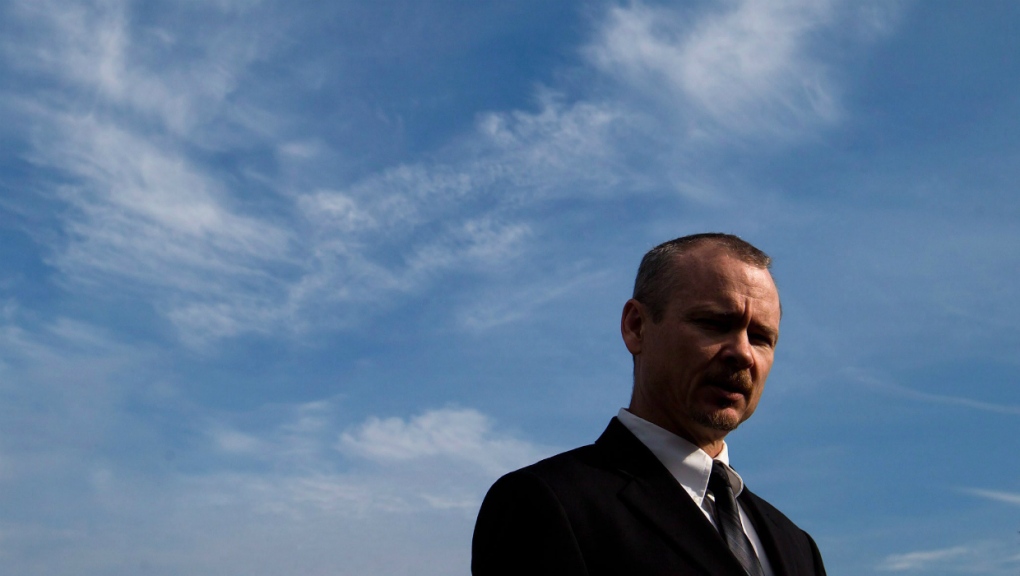 An environmental law firm is asking the courts to quash Alberta's inquiry into the role of foreign money funding the activities of charities opposing the oilsands. In this file photo Lawyer Devon Page, Ecojustice Canada executive director, is seen during a news conference in Vancouver in September 2012. (Darryl Dyck/The Canadian Press)

EDMONTON — An environmental law firm is asking a court to strike down Alberta's inquiry into the role that foreign money has in financing the activities of charities that oppose the oilsands.

Ecojustice claims the province's inquiry into what it calls anti-Alberta activities is politically motivated, prejudges conclusions and is outside provincial jurisdiction.

“It really means something when a government decides to use the judicial process to silence people,” said Devon Page, the lawyer who filed the lawsuit in Calgary Court of Queen's Bench on Thursday.

Soon after the election last spring, the United Conservative government created a $2.5-million inquiry to examine concerns that U.S. environmental charities are funnelling money to their Canadian counterparts in an effort to landlock Alberta oil to benefit U.S. energy companies.

The inquiry's factual premise has been seriously challenged several times, but this is the first challenge to its legality.

“The inquiry has been called not to address a matter of pressing public interest, but to justify a predetermined intent to harm the reputations, economic viability and freedom of expression of certain organizations,” says the lawsuit.

The inquiry's terms prejudge its findings, alleges the lawsuit, because they assume that such campaigns exist, that they spread lies and that there is a plot to frustrate an industry assumed to have been doing a good environmental job.

The document notes that he government's order in council applies pejorative terms such as “anti-Alberta” to those who may be subject to the inquiry.

The lawsuit also alleges that inquiry commissioner Steve Allan was a donor to the UCP leadership campaign of Doug Schweitzer, now Alberta's justice minister, who appointed him to the job.

Those concerns, it claims, “(transform) the inquiry from an independent fact-finding mission into a predetermined demonstration of misconduct, resulting in a reasonable apprehension of bias.”

'This inquiry is long overdue'

“This inquiry is long overdue and will examine if, how and why foreign funding has contributed to landlocking our energy sector.

“The inquiry is fully independent. I won't prejudge any results from commissioner Allan.”

“Ecojustice's opposition to the inquiry into the foreign-funded attacks on our oil and gas workers speaks for itself.”

Ecojustice says about 14 per cent of its funding comes from outside Canada.

Jonah Mozeson of Alberta Energy forwarded an article to The Canadian Press from the Daily Telegraph newspaper in London that suggests Russian money has also fuelled energy disinformation campaigns.

It's not the first time concerns have been raised about the inquiry.

Amnesty International has said it threatens freedom of expression and freedom of association.

Martin Olszynski, a University of Calgary administrative law professor, compares the dispute to when former Quebec premier Maurice Duplessis tried to stop Jehovah's Witnesses from spreading their message. His attempt was crushed by the courts.

“This has echoes of that previous effort to stifle views that are not consistent with the majority and with the government of that time,” Olszynski said.

There's no question of criminality in the inquiry, only of disagreeing with the government, he noted. As well, he points out the inquiry doesn't indicate who might be called as a witness - a bedrock requirement of procedural fairness.

This report by The Canadian Press was first published Nov. 21, 2019.