'Everybody is sick': Those inside the massive Calgary prison outbreak look to the province for help

CALGARY -- A Calgary prisoner fighting COVID-19 while in jail says those impacted by Alberta’s largest current outbreak feel their province has abandoned them.

Just hours before the call, it was announced the centre’s outbreak had grown once again. As of last reporting, 104 of the 161 inmates in the facility have tested positive. 20 staff members have also been infected.

Moreau’s test came back positive earlier in the week.

“I woke up in the middle of the night and it felt like I was breathing through a straw,” he said. “It’s been a little nerve-wracking.”

But according to Moreau and two others inside, this outbreak was preventable.

The inmates believe mixed units and cramped living quarters led to the spread.

Those inside the Calgary Correctional Centre believe the prison wasn’t adequately prepared for COVID-19.

The province disputes it, but both Moreau and the union representing the facility’s guards say masks and cleaning weren’t ramped up until after the number of detected cases was in double digits.

“They didn’t actually give us masks until we tested positive,” Moreau said.

“Guards weren’t given PPE until (Thursday),” Bobby-Joe Borodey with the Alberta Union of Provincial Employees (AUPE) said. “Clearly there’s no plan in place on how to deal with an outbreak of this nature, which is incredibly sad because we are in month seven of this pandemic.”

One lawyer tells CTV News some prisoners with COVID-19 have been moved into solitary confinement. He says cells are overcrowded and some inmates are being forced to sleep on the floor.

The AUPE blames the province.

It says when Alberta Health Services’ guidelines were originally laid out, no one has reported to the centre to make sure proper health and safety measures are being implemented or enforced.

His office sent a statement outlining additional measures put in place, but multiple inmates and guards inside say the majority of those measures are nowhere to be seen.

Instead, they speak of areas in the prison with doubled capacity and unhygienic cells.

“Nightmare is a perfect way to describe it,” Borodey said. “Right now it seems like they’re resigned to just everyone in there getting it.” 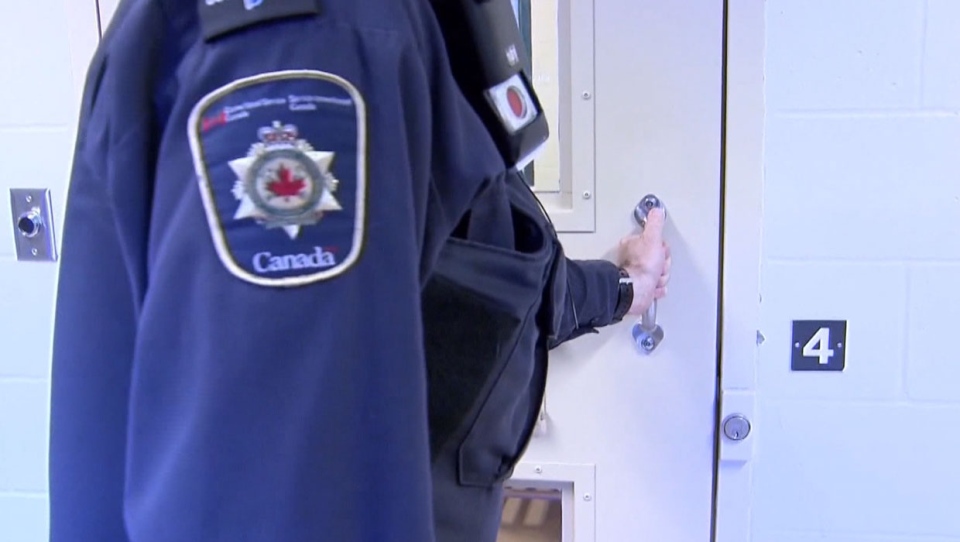 Eight inmates who previously tested positive have been released.

The province says they had completed their sentences and are now isolating at home.

One expert believes there’s no reason to stop there.

Tom Engel, who is the president of the Canadian Prison Law Association, is advocating for a more complete release.

“These are short-term prisoners, so the maximum sentence they would be serving is two years less a day,” Engel said. “Why not get them out of there right now?”

Engel would like to see inmates granted temporary absence permits, which would likely put many under court-imposed conditions like house arrest.

The province says that’s not part of its plan but Engel argues anything is safer than what’s happening now.

“It may spread until it impacts every prisoner at the Calgary Correctional Centre,” he said. “Alberta Health Services, Dr. Deena Hinshaw and the Solicitor General have been negligent in preventing this.”

Currently, visitors are not permitted inside the prison and guards have been told by AHS to only go to and from work and home.

Prisoners claim time allowed outside of their cells is limited to “just one or two half hours every day.”