Excessive heat in Calgary straight into the weekend

Excessive heat in Calgary straight into the weekend

Hot weather is sticking around in the five-day forecast, and with it, we'll remain under the heat advisory.

Early in the noon hour, showers began to propagate along the foothills; with them, severe thunderstorm watches have built up just north of Calgary:

The showers associated with "wave one" have already dropped off; they're rolling through dry air masses and running out of steam. Still, there's more potential later this afternoon, and the watches aren't likely to drop just yet.

The blocking high continues; with flanking lows, the ridge we're caught under isn't going anywhere. Embedded storms are possible in this synoptic environment, but are quite unlikely, as our capping inversion is strong.

We'll have a better look at storm potential as we close in on those days, which for now, only show a ~10 per cent chance.

For the article pic, Mary captured this absolute stunner of a sunset in the foothills! 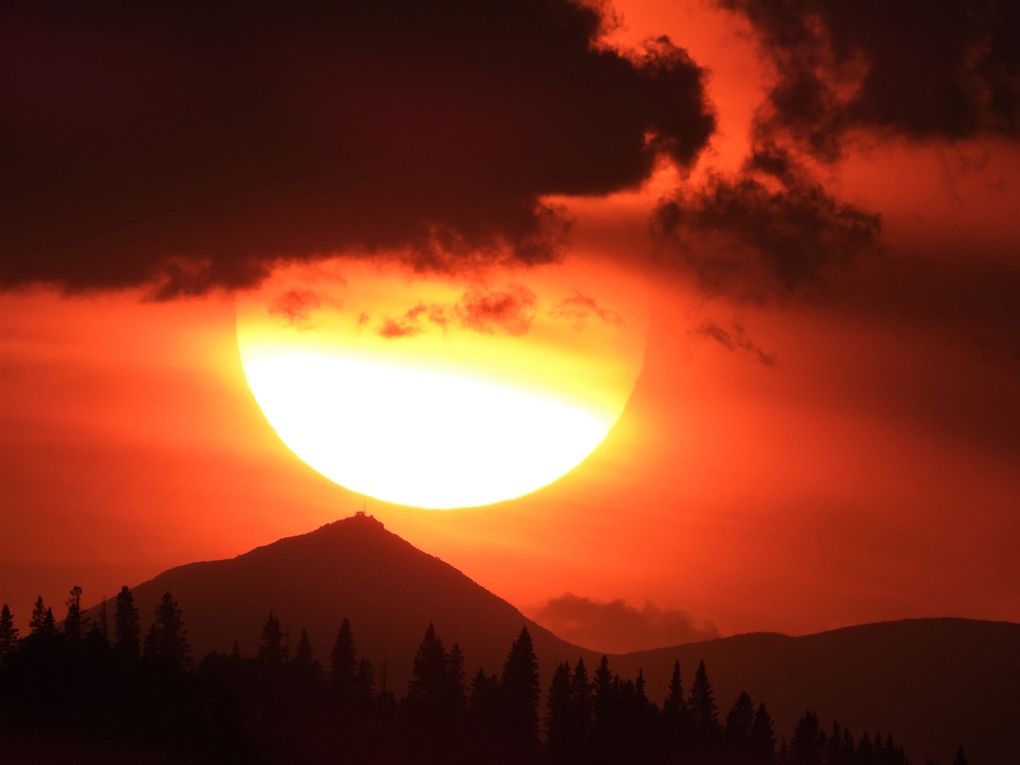 Submit your weather photos here to see them featured in our article, and perhaps even as the pic of the day during our news at six! You can also share on Twitter, or to our Instagram at @CTVCalgaryWeather.

Canada will be imposing new sanctions on Iran as a result of a continuing violent crackdown on protesters, Prime Minister Justin Trudeau said Monday.

Prime Minister Justin Trudeau says he will be visiting the regions in Atlantic Canada impacted by Fiona 'as soon as possible this week.' And, as MPs head back into the House of Commons for the first time after this weekend's storm, the NDP are requesting an emergency debate to discuss 'the urgent and escalating situation in Atlantic Canada.'