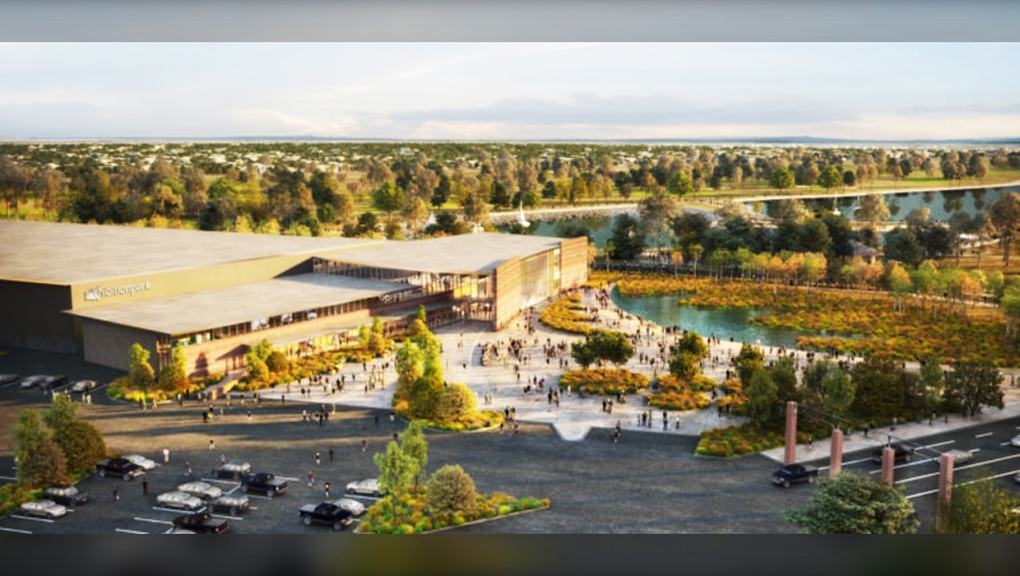 211 trees are being removed to make way for the new Agri-Food Hub at Exhition Park in Lethbridge. The wood from the trees will be turned into furniture that will be inside the new hub.

LETHBRIDGE, ALTA. -- Preparation for the construction of the new Agri-Food Hub and Trading Centre at Exhibition Park are underway.

They kicked it off on March 8 by starting to remove 211 trees in the area, according to Lethbridge and District Exhibition's chief operating officer Mike Warkentin.

"We formally started the removal of trees to make way for the new Agri-Food Hub and Trade Centre that will start construction here later this month. It's an exciting day."

The plan is to have all 200 plus trees removed within three weeks.

Warkentin said the trees won't be going to waste though, and will be recycled for use in the new hub.

"The majority of the wood being harvested is actually going to be re-used and made into furniture in the building," he told CTV.

Any of the wood that isn't being turned into furniture will be sold as fire wood.

This is being done in collaboration with the Lethbridge County Jail, with all proceeds going towards local youth charities. 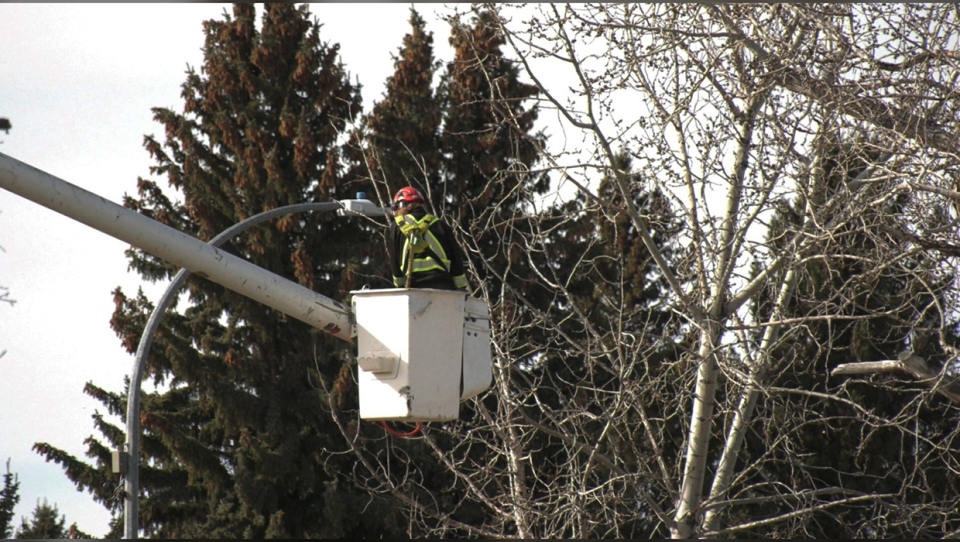 The trees that are being removed were planted back when they first built Exhibition Park, over 120 years ago.

Warkentin understands the importance of maintaining this piece of heritage and the arborist they hired to remove the trees, Korthuis Tree Care, couldn't agree more.

"When we initially came in to have a chat with them, it was about recycling, not just the removals," said Johnny Korthuis. "To find out that they were immediately on the same page was awesome and now we can move forward with a project we can be really proud of."

However, due to the age and size of the trees, they won't be able to replant any of them.

Fortunately, Korthuis has a plan to keep the bloodline of these trees alive and well for generations.

"Now that the trees are coming out of dormancy, it's time to start taking cuttings and I'm going to try my best to propagate one of the biggest trees on site so we can plant it back on site during the construction phase."

Warkentin says this wasn't even a thought before sitting down with Korthuis and is looking forward to see how it pans out.

"Originally, when we started our landscaping plan, we didn't even know this was a possibility," he said. "But working with Korthuis, they said absolutely, let's do it. So they're leading that charge and we couldn't be more excited about it."

Warkentin went on to say that they hope to make a display inside the new building commemorating the trees that once stood in its place, but are still trying to figure out how to properly do it.

There is a sod-turning ceremony scheduled for March 31 to kick off the official construction phase.

The new Agri-Food Hub  and Trade Centre is set to open to the public by January 2023 at the latest.