The head of a non-profit agency supporting victims of domestic violence and abuse says if the sex assault allegation made in 1997 against Calgary Coun. Sean Chu were investigated today, the outcome might be different.

"I think that we as a society and as a system didn’t recognize what sexual assault was," said Andrea Silverstone, CEO of Sagesse. "How to define sexual assaults, how serious of an incident sexual assaults is and the need to hold perpetrators accountable."

The embattled city councillor — who won his third term representing Ward 4 by a margin of 52 votes on Monday — maintains he thought the girl he had sexual contact with in August 1997 was at least 18 years old.

In a press conference Thursday, Chu didn't address whether as a beat cop on the job at the time, he should have checked her age before bringing her home.

“It is a licensed establishment where all persons are required to be 18 years of age,” said Chu.

The girl turned out to be 16 years old and went to police soon after, alleging Chu sexually assaulted her.

Information provided to CTV News indicates Chu met the girl at the Husky House, and not a bar, at the request of another police officer to give her a ride home.

Chu says he met the girl at the Kings Head Pub while doing a routine walkthrough with his partner, while on police duty.

Documents obtained by CTV News show that he admitted to caressing the girl’s leg while in a public restaurant. Following an internal Calgary police investigation, Chu was convicted of one count of discreditable conduct and reprimanded.

Chu said during the press conference that he left the pub to change into civilian clothes and returned, only to take the girl home. 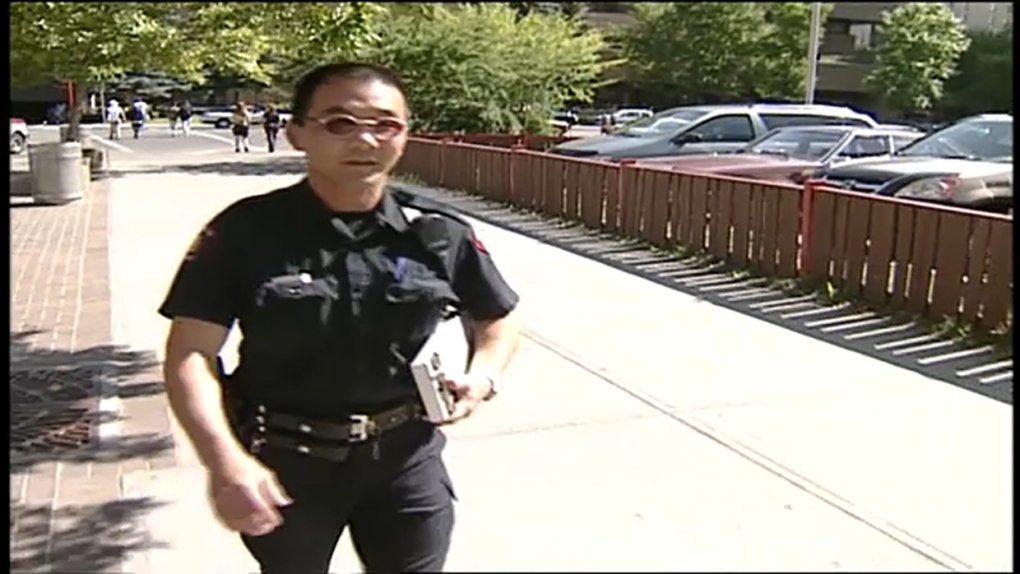 At the time, he told an internal disciplinary hearing they engaged in what he called “consensual sexual foreplay” at his home, which is something he doesn’t deny now.

According to Canadian law, a 16 year old can’t consent to sex with a person in a position of authority over them, like a police officer.

Doug King, a justice studies professor at Mount Royal University, also says under consent law, no one can offload the responsibility of confirming age to someone else, like a bouncer at a bar.

“You can’t legally say it’s an 18-plus establishment, so therefore I assumed everyone in there was over the age of 18, so therefore I don’t have to have an active role in checking consent,” said King.

King says due to the girl’s young age, the case would’ve been handled differently today.

He also said since this incident occurred, the processes have evolved and if it were to happen today, the province would be notified and the police watchdog would conduct an independent investigation.

Silverstone says that despite the outcome of Chu’s case, it was a positive sign to see councillors and provincial politicians, including the premier, calling for him to resign.

“I think it sends a message that that is no longer the case that if you are a victim of sexual assault, you can speak out that help is available, that it will be taken seriously," she said.

"And that in today’s day and age, this is just not behaviour that is accepted by our leaders or by anybody."

Silverstone says she encourages victims to come forward, no matter how long ago their incident happened, to non-profits agencies like Sagesse as there are many people out there willing to help.

If you have been a victim of sexual assault or domestic violence here are some resources you can reach out to: