Exploring the beauty of southern Alberta through JungleGYM TV 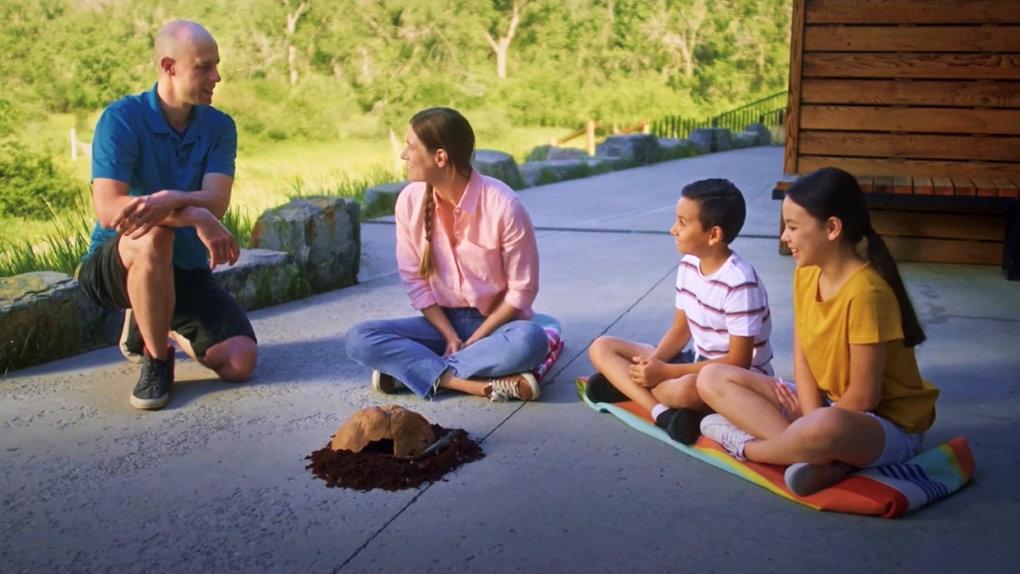 The show, called JungleGYM TV, focuses on getting children active, both physically and mentally, while also highlighting and exploring southern Alberta.
LETHBRIDGE, Alta. -

Kids from southern Alberta are featured in a new YouTube and TELUS original show that premiered this week with two episodes.

The show, called JungleGYM TV, focuses on getting children active, both physically and mentally, while also highlighting and exploring southern Alberta.

"We wanted to make a video series that is designed to inspire pre-school children to move their bodies and imaginations, providing them with some educational fun and little exercises so they can get up and get moving," said Jocelyn Chugg the Jungle Gym TV host in an interview with CTV Lethbridge.

The show is produced and created by Snapshot Studios from Calgary and prominently features the Helen Schuler Nature Centre in Lethbridge and the Alberta Birds of Prey Centre in Coaldale.

"Alberta just has so much to it, there is a lot to explore, it’s all right in our little bubble," said Chugg.

"So, being able to hang out at the Birds of Prey Centre and Helen Schuler, it was just so cool, so fun."

As a fifth generation Albertan, Chugg said she was extremely happy to spotlight this beautiful region.

In the first episode of JungleGYM TV, local kids got to visit the Birds of Prey Center and get an up close experience with our flying, feathery friends.

"There’s not very many places in Alberta, or even Canada where you can reach out and touch a live owl or live eagle so it was a new experience for them and really added some extra magic to the program as well," said Colin Weir, Alberta Birds of Prey Centres' managing director.

Weir said it also gave the kids, and everybody tuning in to JungleGYM TV, a chance to look into the important role that birds play within the Indigenous communities of southern Alberta. 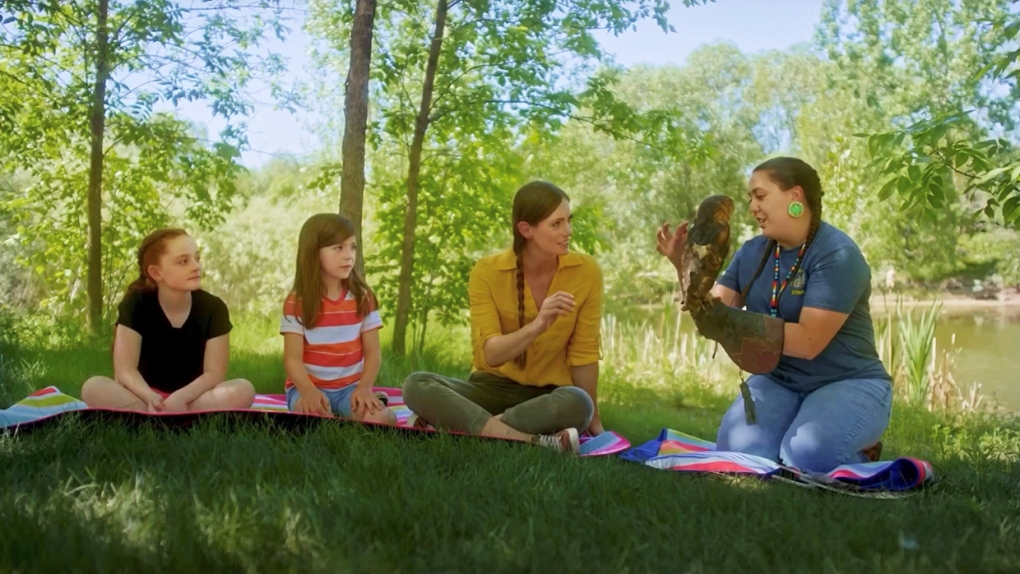 In the first episode of JungleGYM TV, local kids got to visit the Birds of Prey Center and get an up close experience with our flying, feathery friends.

"We had one of our First Nations people, Dalyce Gladstone, and she was able to talk a little about Indigenous culture and the significance of birds of prey to them as well."

In the second episode, they talked about prairie animals with the Helen Schuler Nature Centre and got to experience nature first-hand.

"We shot a few scenes here at the centre and then we were walking down to the river to shoot some scenes about beaver and we even stumbled upon a fawn you will see in the show," said Taylor Hecker, the center's program leader.

"It looks like it was staged but that actually happened, it’s perfect timing."

Hecker is excited about the show and the importance it places on local ecosystems.

"There's just so much more to discover here, even in southern Alberta, so I look forward to seeing what comes next."

JungleGYM TV also has interactive workout sessions for the kids to get involved in as well as brain games to keep children's minds sharp.

Their two episodes can be found on YouTube and TELUS TV, but Chugg and the rest of the JungleGYM TV team are hoping for more episodes to come soon.

“We’re are hoping to continue to explore the rest of Alberta because there is so much to see and so much to show these kids,” Chugg added.

For more information on the Helen Schuler Nature Centre, the Alberta Birds of Prey Centre and JungleGYM TV, you can visit their websites.

With files from Sean Marks

A daylong memorial is underway Monday in Kamloops, B.C., at the site of what was once Canada's largest residential school on the one-year anniversary of the announcement of the detection of unmarked graves.

The death toll related to the powerful storm that swept Ontario and Quebec on Saturday has reached 10.

Is my home or car covered from storm damage? In most cases yes, insurance bureau says

As residents in Ontario and Quebec work to repair the damage caused by a severe storm over the weekend, many may be wondering whether their homes and cars are covered from any damages. The Insurance Bureau of Canada says wind damage is usually covered, but to confirm with their provider what losses may be included.

A Russian soldier who pleaded guilty to killing a civilian was sentenced by a Ukrainian court Monday to life in prison -- the maximum -- amid signs the Kremlin may hold trials of its own, particularly of the captured fighters who held out at Mariupol's steel plant.

The first of three charter flights bringing Ukrainian refugees fleeing Russia's invasion to Canada is to land in Manitoba this afternoon.

The Canadian royal visit took place at a time when many are starting to view Prince Charles differently, given that his destiny to be King seems to loom closer, Richard Berthelsen writes in his exclusive column for CTVNews.ca.