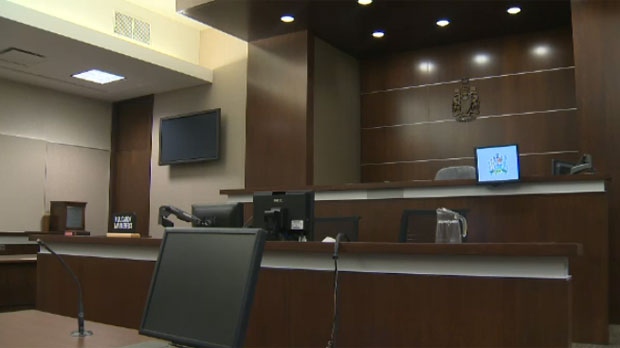 A Calgary man has had his appeal of an extradition order to the U.S. dismissed.

CALGARY -- A Calgary man's application for a judicial reivew of an extradition order to the United States for drug offences has been dismissed.

In January 2018, U.S. officials requested William Carruthers and five others be extradited to face charges connected to an alleged cross-border smuggling ring.

U.S. prosecutors allege the ring was coordinated by David Oliynyk, a Canadian citizen, and Carruthers was a runner, who delivered two kilograms of heroin to an undercover American agent in Bellingham, Wash. on May, 6, 2014.

They further allege Oliynyk arranged for other people to bring the heroin into Canada.

Prosecution material suggests Oliynyk was a member of the Hell's Angels motorcycle club.

Carruthers was arrested in April 2018 under the extradition act and charged with two federal offences, distribution of cocaine and conspiracy to distribute cocaine and heroin.

In his request, Carruthers argued "his surrender would be unjust and oppressive or contrary to the Charter because he was a youthful offender, being 24 years old at the time."

He also argued he has since turned his life around, overcoming a drug addiction and becoming employed, as well as becoming a step-father and father. He also has a chance of inheriting Huntington's disease from his father.

In a letter dated Feb. 18, the federal minister of justice ordered his unconditional surrender to the United States, which Carruthers appealed.

In a written decision, the three-member panel of Court of Queen's Bench judges said his sentence in Canada would be similar to what he would receive in the U.S. and the minister of justice considered all the relevant circumstances.

The story has been corrected after CTV News incorrectly identified Carruthers as a member of the Hell's Angels Motorcycle Club.