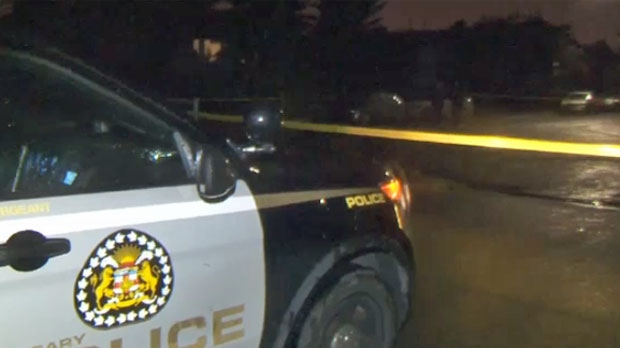 Investigators with the Calgary Police Service continue their attempt to piece together Friday night’s reported gunshots in a northeast neighbourhood.

At around 9:30 p.m., officers responded to the 1200 block of Falconridge Drive Northeast following the suspected firing of shots in the area. Officers located three shell casings and a bullet hole in the exterior wall of a home.

There have been no reported injuries and no arrests made in connection with the incident.

Police remained at the scene until the early morning hours of Saturday but the crime scene tape has since been removed.

Anyone with information about the events of Friday night on Falconridge Drive is asked to contact the Calgary Police Service, 403-266-1234, or Crime Stoppers.