CALGARY -- The families of the five young people killed at a house party six years ago in Calgary’s worst mass killing are preparing to relive their pain at an annual hearing, for the man found not criminally responsible.

The Alberta Review Board will receive an update on Matthew de Grood’s progress Tuesday from his medical team at Alberta Hospital in Edmonton, to evaluate the 29-year-old’s treatment plan and determine if he should be granted more freedoms.

“It’s gut-wrenching and heartbreaking and we get angry, we get sad, like every emotion,” said Gregg Perras, father of victim Kaiti Perras. “We know every year the privileges just keep increasing to the point where he’s going to be let out, which doesn’t make any sense at this stage, given it’s only been four years since he was found NCR (not criminally responsible).”

“The main message I want the board to hear is, why are you in such a hurry to grant him privileges in an unsupervised situation" asked Perras, "when his own treatment teams in both Edmonton and Calgary have stated unequivocally that if he were to relapse in any way, it would be catastrophic?"

De Grood was suffering from a mental disorder when he fatally stabbed Zackariah Rathwell, 21, Jordan Segura, 22, Kaiti Perras, 23, Josh Hunter, 23, and Lawrence Hong, 27, on April 15, 2014. A judge ruled he had a psychotic break at the time of the killings and did not know his actions were morally wrong.

In its written decision last year, the board concluded that de Grood remains a significant risk to the safety of the public.

“Should he relapse and re-offend again, the primary victim group would include anyone incorporated into his fear-engendering delusional beliefs; and the violence is likely to be unexpected, rapid, extreme and with multiple victims,” said psychiatrist Dr. Santoch Rai, in his report quoted in the Alberta Review Board Disposition Order.

Still, doctors recommended the board extend de Grood’s privileges to include unsupervised and supervised passes in Edmonton as well as overnight passes for up to one week, for the purpose of transitioning into a group home.

“He was given the ability by the board at the discretion of the hospital to travel unescorted on public transit, but that has not occured,” said Allan Fay, defence counsel for de Grood.

“Perhaps most disappointing was that the board recommended that at the discretion of the hospital he be transitioned into a group home, that simply has not happened,” said Fay.

Perras believes de Grood should not be allowed on the streets without supervision. He is pushing for a revision to section 672 of the Criminal Code of Canada. 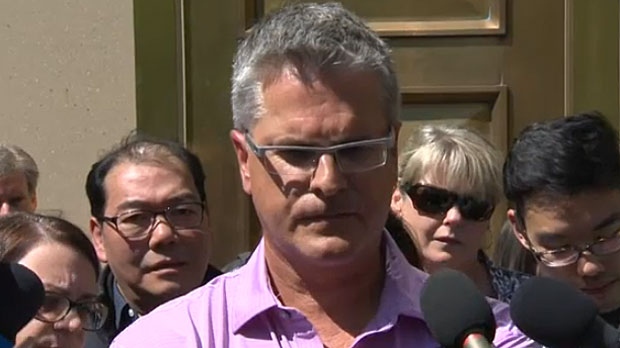 According to the Department of Justice, an absolute discharge is an option for courts or review boards if they determine the NCR accused is not a significant threat to the safety of the public.

“We’re trying to get a small change to the NCR laws, such that a small percentage of the most highly violent NCR patients are not automatically granted an absolute discharge. That should be off the table for people like Matt de Grood that killed five people,” said Perras. “The other aspect of it is, if he's monitored for life it also helps him.”

The victims’ families along with Conservative MP for Calgary Midnapore Stephanie Kusie want the federal government to put provincial review boards under review.

In June, Kusie announced plans to move a motion at the House of Commons Standing Committee on Justice and Human Rights. In a video statement posted on Facebook last week, Kusie said that has been delayed since the Prime Minister prorogued Parliament.

“Verdicts of not criminally responsible are an invaluable component of our justice system. However, public safety must be the principal concern of provincial review boards when making decisions on supervised or unsupervised releases. This is especially important for violent offenders like Matthew de Grood,” said Kusie in the video.

De Grood’s lawyer is critical of the accuracy of Kusie’s comments.

“I take issue with the use of the word offender.” said Fay. “Matthew was not found guilty of committing a violent criminal act simply because Canadian law says he cannot be, based on the fact that he was not criminally responsible by reason of a mental disorder.”

On Tuesday, Fay said de Grood and his family will also be permitted to make statements to the Board.

This year the hearing is virtual, due to COVID-19 safety restrictions.

“The one thing we generally try to get out of this review is to get Matthew de Grood to realize what he's done to our families and now he doesn't even have to look at us,” said Perras.

Perras said his daughter would have turned 29 this year. 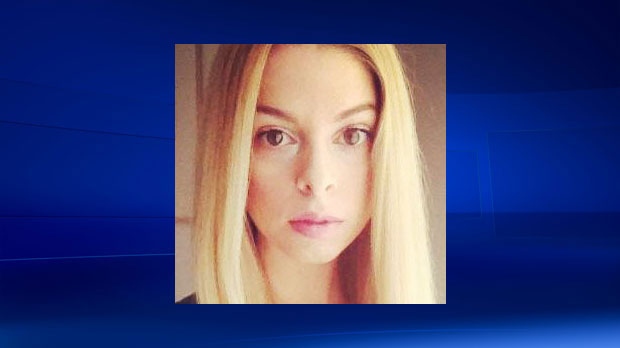 “Kaiti was always a fighter, she believed in what was right. That's what keeps me going is to do what's right for her, what I believe is fair for everyone involved, is that we don't want this to happen to anyone else,” said Perras.