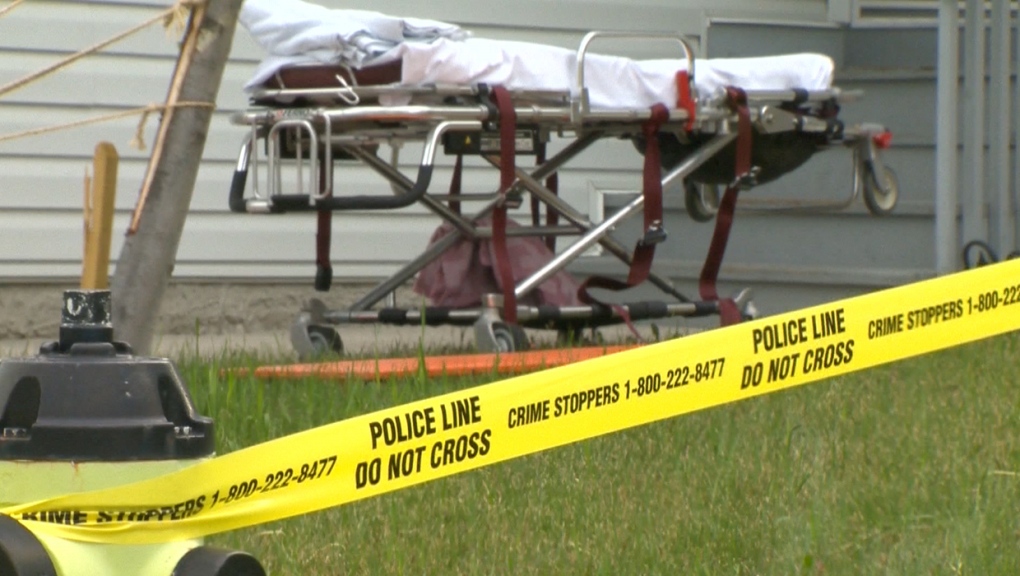 A stretcher and crime scene tape outside a home on Panamount Common N.W. in June 2017 following the deaths of a father and his adult son

CALGARY – A 30-year-old Calgary man, on trial for the death of a father and son, attended a party in Airdrie with the victims' family hours before the killings.

Anandaloj Srianandan is charged with two counts of second-degree murder. He pleaded not guilty at the start of his trial Monday morning.

Chandrababu Thambu, 56, and one of Thambu's twin sons, 25-year-old Preijanthan Chandrababu, were found dead inside the family's home in Panorama Hills in June 2017. They were both stabbed multiple times.

The Crown outlined anticipated evidence and said the matriarch of the family will testify she woke up in the early morning hours, looked downstairs and saw the accused holding knives in his hands. She then asked her husband to investigate. Court heard both victims went downstairs and Chandrababu Thambu called out for his wife to call 911. 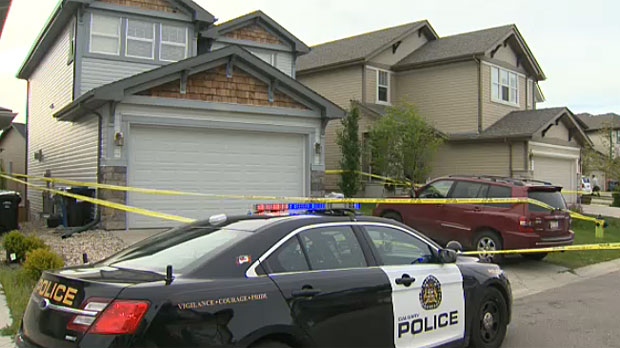 The Crown said the medical examiner will testify that both died as a result of sharp-force injuries.

Brandon said Chandrababu Thambu suffered four stab wounds, including an injury to his abdomen, causing his intestines to burst and internal bleeding.

His son had a total of 18 stab wounds, including a puncture to his chest, which exposed his lung.

"The Crown will prove these sharp-force injuries were knife wounds and the accused caused these injuries intentionally," said Brandon.

A Calgary police constable with the forensic crime scene unit said 10 knives were seized from the scene, two of which appeared bloody.

Srianandan was injured and taken to hospital.

The Crown said evidence will show Srianandan searched "I have lost the reason to live" online days before the killings.

Srianandan is not in custody. The trial, presided by Court of Queen's Bench Justice Earl Wilson, is scheduled to last two weeks.