Family-friendly event teaches about the history of battle 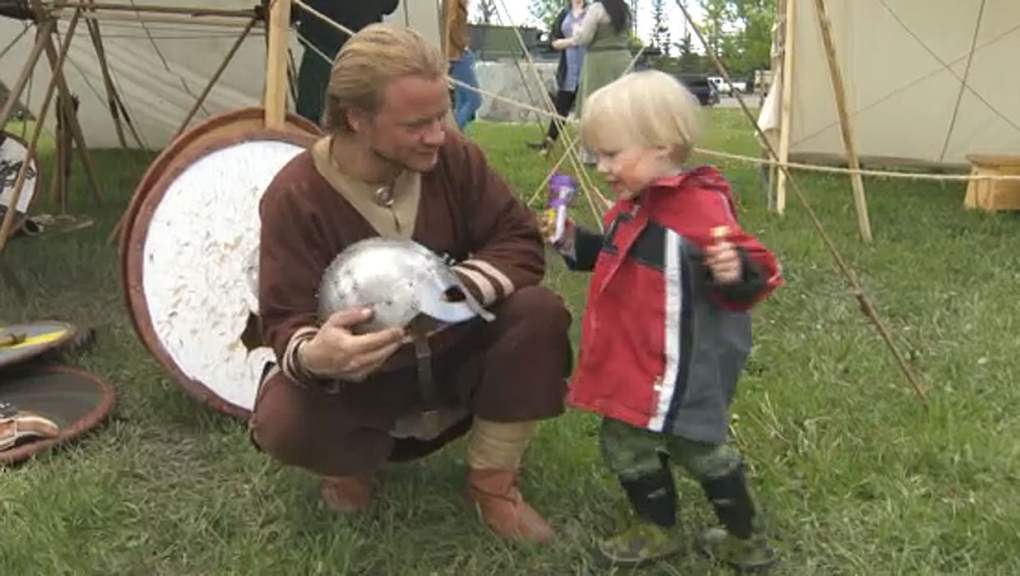 Members of the public were able to get a look at a number of periods of history during an event at the Military Museums this weekend.

Kids of all sizes were able to get a lesson in ancient and modern history at the Military Museums in Calgary on Sunday as re-enactors held demonstrations of single-combat and full-scale battles.

The Guns of the Golden West, a re-enactor group, participated in the event and one of the members says they have people of all ages taking part.

"We do enjoy what we do, it's a hobby with us. It's a matter of we become someone else somewhere else for a period of a few hours," said Bob Wilson.

Wilson says everyone who performs with the group has an appreciation of the 1880s. Events like the one at the Military Museum helps them teach the public about the period they represent and what they do, he adds.

"It gives us a moment to have a one-on-one talk with them. We get a chance to have that moment with them and rather than just strictly entertaining them."

The event also featured food from Calgary's many food trucks.